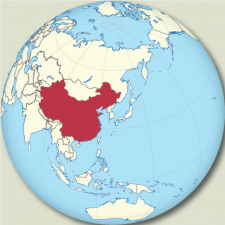 Over the years, Dr. CHEN Jingyuan has served as Associate Professor, Professor and Director in the Department of Occupational & Environmental Health, Fourth Military Medical University (FMMU), PLA. He later served the position of Dean of School of Public Health, FMMU and was appointed as Provost of FMMU between 2012 and 2015. From March 2015 to August 2017, Dr. CHEN was promoted to the Head of Department of Medical Administration in the PLA General Hospital. As a senior researcher on toxicology and environmental medicine, Dr. CHEN has extensive research experiences with main studies focused on heavy metals (lead & manganese) induced neurotoxicity mechanism and related protection, and hypoxia and cold induced injury mechanism and preventive measures. He has been awarded with the Title of National Outstanding Scientist and has won many high profile prizes such as National Science & Technology Progress Award and Military Science & Technology Progress Award. Dr. CHEN was elected as Executive Councilor in International Neurotoxicology Association between 2009 and 2011. He now serves as the Vice President of Chinese Society of Toxicology, Chairman of Specialty Committee of Neurotoxicology, Executive Council Member of Chinese Society of Toxicology, Council Member of Chinese Preventive Medicine Association and Committee Member of PLA Science and Technology Committee.

Dr. CHEN was awarded the rank of Major General in August 2016, and has taken the office of Director General of Medical Service Directorate, Logistics Support Department, Central Military Commission since August 2017.

Military Hospitals
Health care establishments in the PLA falls into four categories: military hospitals, sanatoriums, clinics in the troops, and clinics in the General Headquarters and military universities.

There are 125 military hospitals of various scales in the PLA. According to the scale and assigned missions, these hospitals are classified into General Hospital of the PLA, general hospitals in the Military Area Commands, the Navy, the Air Force and the Second Artillery Forces and central hospitals.
Sanatoriums are also medical facilities within PLA Health System. Their main tasks are to provide rehabilitation and convalescence service to senior military officers and other specified personnel.

Clinics are set up at the General Headquarters and military universities. Clinical facilities in the troops below the division level include division hospital, medical team in the brigade or regiment, medical station in the battalion and medical post in the company. These facilities are responsible for providing primary health service to the staff in the general headquarters, the universities and the organic troops respectively. 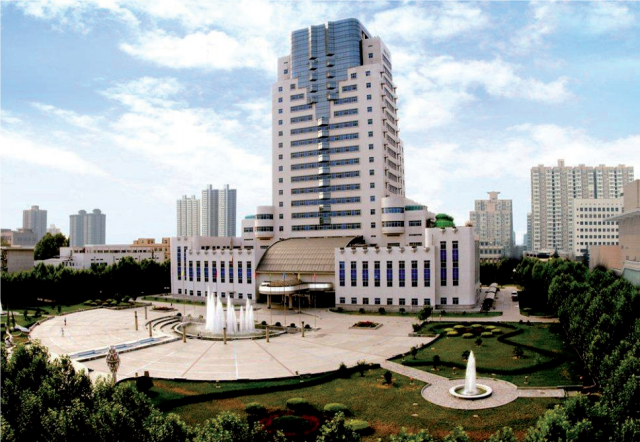 Office Building of the Medical University

Institutes / Medical Research
The highest medical research establishment is the Academy of Military Medical Sciences (AMMS). Under it, there are several research institutes:

HADR Operations
A Civil-Military Cooperation mechanism for rapid reponse to emergencies has beenset up in China to guarantee timely and well-coordinated medical support in emergency events. Over the time, the PLA medical service has become a key component in the national medical resources and has played significant role in disaster rescue and public health emergences.

During the SARS outbreak in 2003, the PLA deployed about 1400 military medical personnel in short period of time to Xiaotangshan Infectious Disease Hospital, and converted it to a specialized hospital for SARS within one week. Totally 672 patients were successfully treated in the hospital. The efficient setup of the hospital and effective treatment of patients were significant in combating with the outbreak.

In 2008, the Wenchuan Earthquake measuring more than 8 degree on the Richter Scale broke out. The PLA mobilized 397 medical teams, composing of 7061 medical professionals to the affected area to provide emergency medical services. 39 military hospitals participated in treating the casualties. More than 800 000 of medical treatments were conducted. 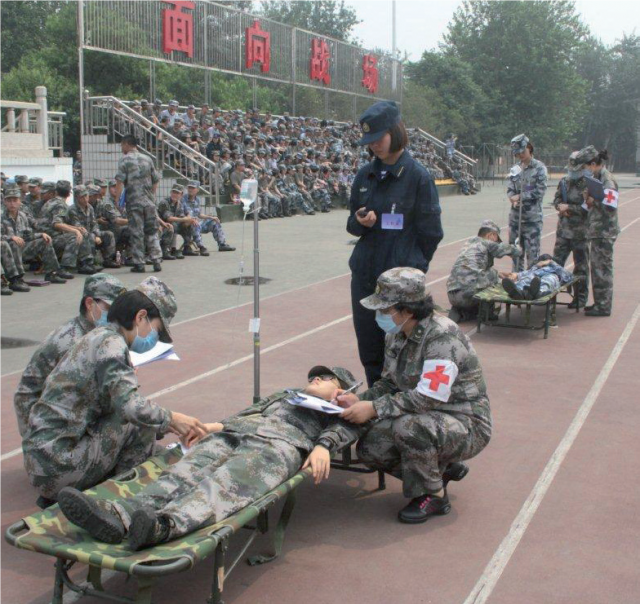 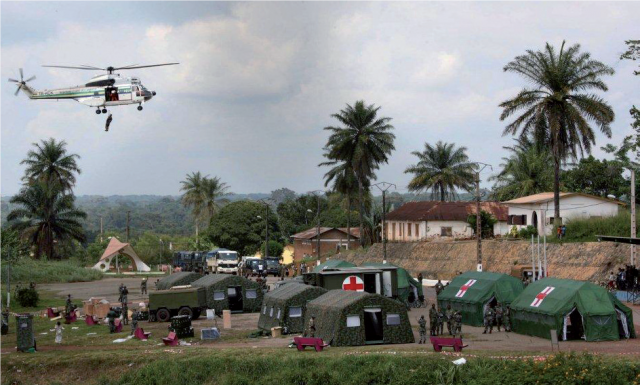 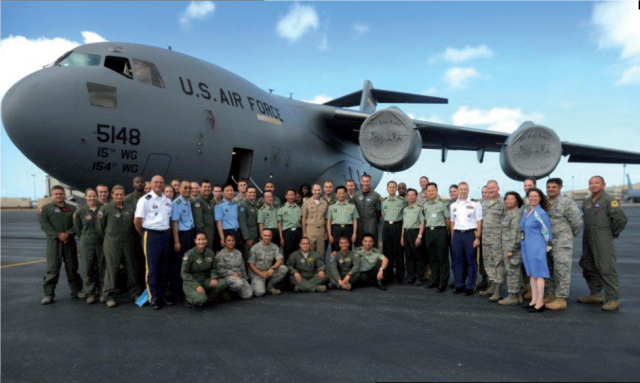 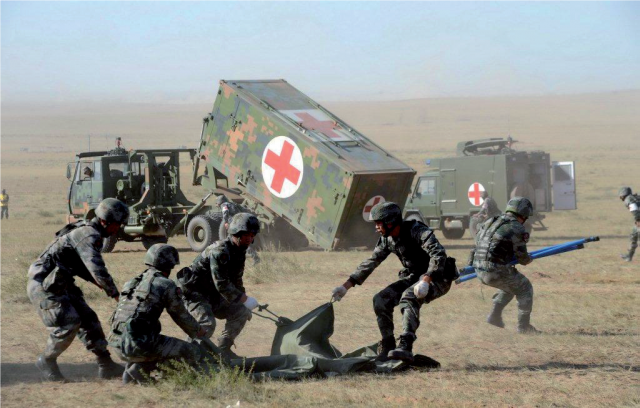 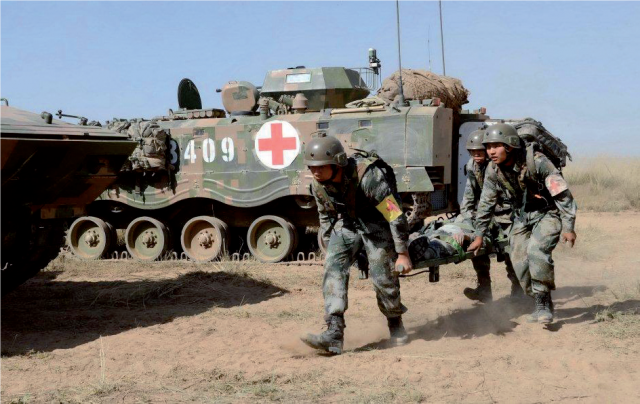 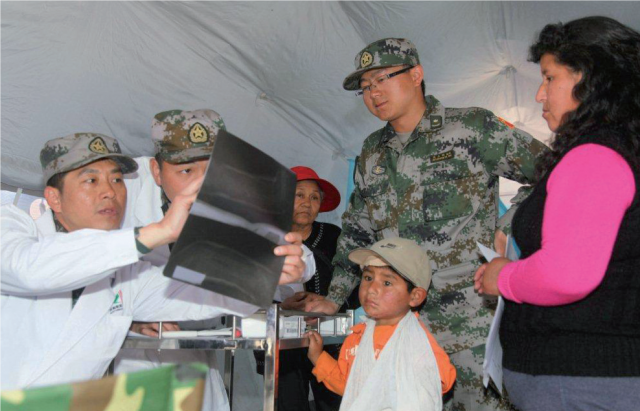 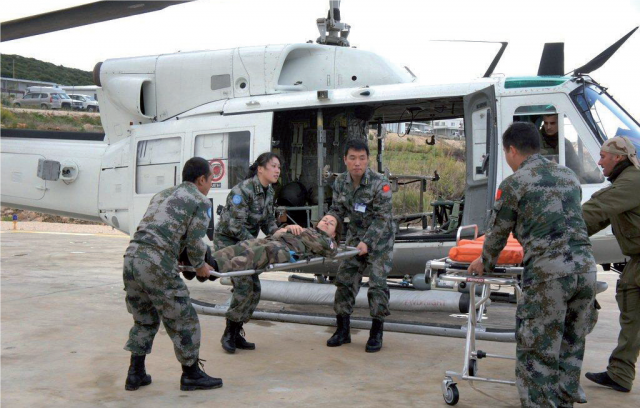 After devastating earthquake/floods in Haiti/Pakistan of 2010/2011 respectively, the PLA had provided rapid humanitarian medical assistance to the affected areas. With the Ebola outbreak in western Africa countries in early 2014, the PLA responded rapidly following the request of the host nations and WHO and deployed medical teams with sufficient medical countermeasures to Liberia and Sierra Leone. A first class Ebola Treatment Centre was built up within one month in Monrovia, Liberia and operated by PLA. It has played a significant role in containing the outbreak.

In the aftermath of Super Typhoon Haiyan in 2013, the PLA naval hospital ship ‘Peace Ark’ rushed to Philippines to provide humanitarian assistance in treating 2208 patients among which 44 had surgeries during its anchoring for one month. The hospital ship has been widely deployed in recent years to Asian-African, Caribbean, and Indian Ocean countries etc., providing free medical services for local people.

The abovementioned operations have demonstrated the good will of the Chinese people and dedication and endeavours of the Chinese government in coping with major natural disasters.

Apart from emergency rescue operations, PLA medical service has played an active role in UN peacekeeping missions. Since 2003, the medical service of the PLA has deployed about 60 batches of Level 2 medical contingents, and over 100 Level 1 medical teams with more than 2800 medical personnel, to UN PKO field missions in Congo (Kingsha), Liberia, Lebanon, South Sudan and Mali. 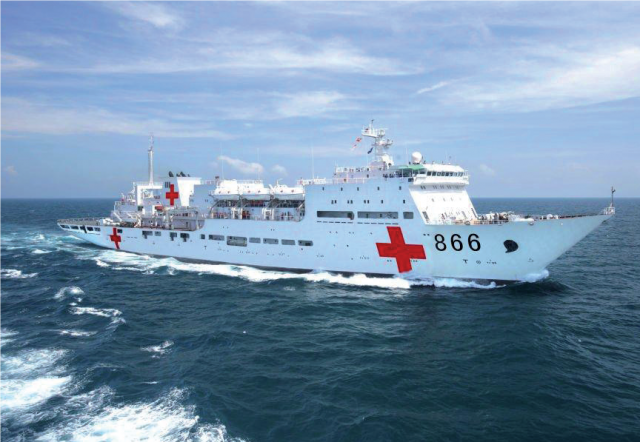 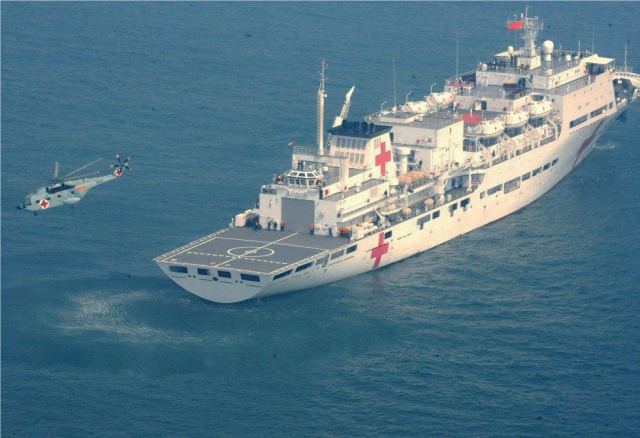 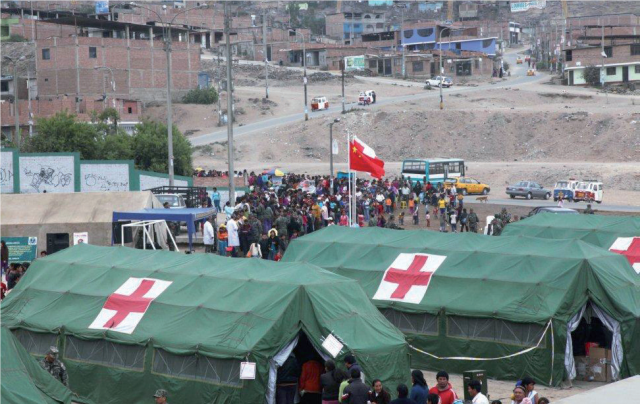 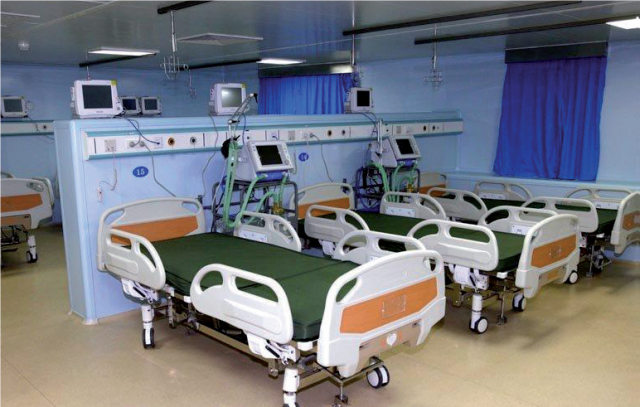