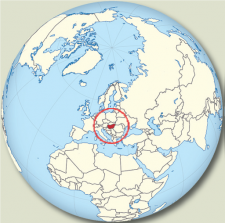 The Directorate of Medical Force Health Protection and Medical Authorities’ responsibility includes professional control and oversight of aptitude and occupational fitness tests for personnel of the Ministry of Defence and the Hungarian Defence Forces. Other responsibilities include executing the public health service and epidemic safety tasks for the MoD and HDF personnel, exercising authorized oversight of public health and epidemiological issues in the Hungarian Defence Forces, operating the HDF Public Health and Epidemiological Service and performing complex hygiene-related duties in the HDF. The Directorate coordinates professional psychological work in the HDF, conducts accreditation procedures for further vocational training at the units, provides psychological training for personnel nominated for missions, and assisting them during their sustained operations and re-adaptation. It carries out aptitude tests and assessment in procedures of second instance for those appealing against aptitude and review decisions of first instance.

In order to unify the Hungarian Military Medicine, the Military Hospital – State Health Centre and the Hungarian Defence Forces Dr. Radó György Military Medical Centre was integrated, and a newly established structure of element, the Hungarian Defence Forces Military Hospital started its work on 15th November 2011. This military medical rationalization, on the one hand, was part of the efforts of the Minister of Defence, on the other hand, plays an important role in the organization process that was started in the public health in 2011. 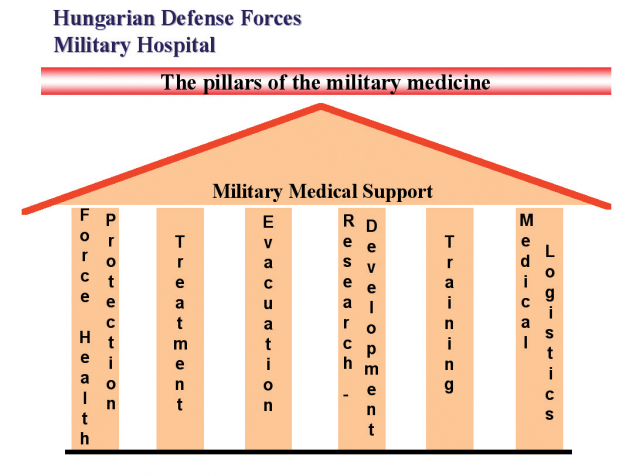 Joining together the organizational and coordination tasks as well as the medical support, the Military Hospital which is now directly subordinated to the Chief of Defence Staff fulfils the responsibilities in the field of military medicine arising from NATO and international agreements, planning and exercising control over the execution of complex medical tasks in collective defence, peacekeeping and humanitarian operations.

In addition, the relationship between the military and civilian medicine has changed. One of the results of the above mentioned integration was that the personnel of the Military Hospital have been increased with 400 people and the health care system has been widened as well. On the other hand, special military medical tasks have become the part of the newly established structure of element.

Being a priority hospital, it has become one of the key health care institutions in Hungary that specializes in all medical disciplines except for paediatrics. Basically, the core mission of the institute is the treatment of the Hungarian military personnel as well as the claimants of the Military Hospital – State Health Centre’s predecessor institutes, so the Military Hospital offers outpatient and in-patient care for the personnel of the Ministry of Justice and Law Enforcement, the HDF and State Railway and their family members, while it also carries out special aptitude tests for the HDF and provides medical support for the HDF missions. The hospital plays a significant role in providing treatment for the civil population on a regional basis.

Besides maintaining the appropriate defence capabilities of Hungary, the health care of the Hungarian population is in the focus that the Military Hospital wishes to solve with the Semmelweis Plan. The Semmelweis Plan is the reform of the Hungarian healthcare system, as a result of which Hungary has been divided into 8 regions since 30 November 2011. Each region provides healthcare services for 1-1.6 million people, and a centre responsible for the organization of local healthcare services was established in every region. The Military Hospital has been chosen by the medical government as one of the hospitals which is responsible for one region. The doctors of the Military Hospital administer a range of special treatments. One of the strengths in the special character of the institution is the comprehensive traumatology, neurotraumatology and burns therapy, which is a priority in the HDF and also in disaster medicine. As one of the most important emergency care centres in Hungary, the Military Hospital plays a key role in providing treatment for acute cardiac arrests and strokes. In addition to outpatient and inpatient therapy, the institute conducts high-level educational mactivity and scientific research. The chronic and mrehabilitation therapy is provided at five extramural institutions around the country. 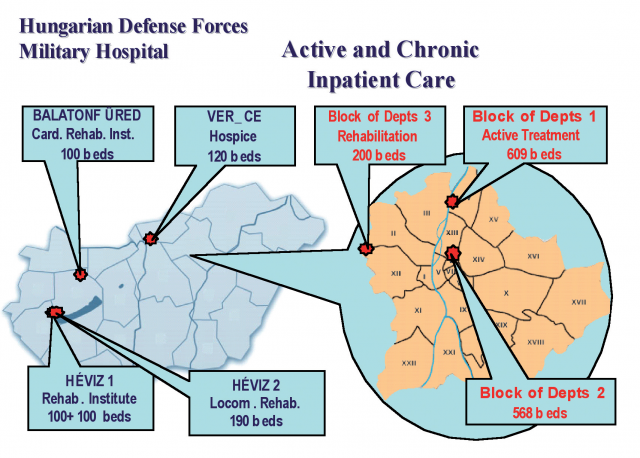 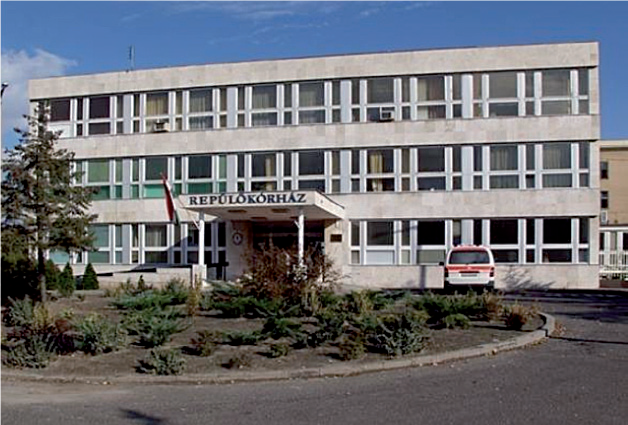 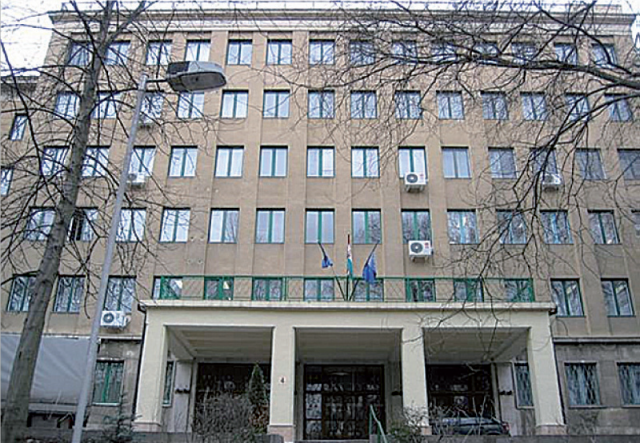 The Institute conducts basic and applied research into chemical, biological, radiological and nuclear (CBRN) weapons and medical CBRN protection in the field of biomedical science. It applies and broadens the specialist knowledge and develops the applied research methods. The HDF MMC Scientific Institute is in charge of surveying the patterns related  to the use of drugs and psychotropic chemicals and also of conducting regular screenings for the HDF service personnel. As a prioritized field of research, it has recently launched ma project on developing a DNA-based personal identification system which will ensure exact identification of victims. 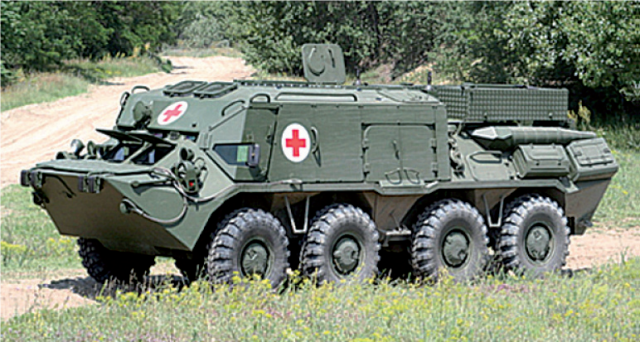 The BTR-80 armoured vehicles are an all-terrain military vehicles designed for evacuation of casualties from the battlefield.

Mercedes G-270 is a military all-terrain motor vehicle designed for transporting casualties. The bandaging container provides mobility and infrastructure for treatment administered in accordance with the medical care techniques (protocols) meeting the standards of ROLE-1 and ROLE-2 NATO-compatible medical organizations.