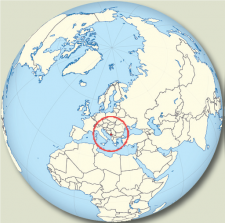 Primary Health Care in the Armed Forces of Montenegro is organized and carried out by the Ministry of Defence which for that position has one professional military person, Minister of Defence Independent Adviser for Health Care Issues, who works in the MoD, Human Resources Department.
As far as command is concerned, primary health care leans an the Logistic Base of the Armed Forces of Montenegro. lt is head ed by a specialist of the internal medicine with rank of Colonel who is the Chief of Medical Service in the Logistic Base.

The Chief of the Primary Health Care in the Armed Forces is in the rank of Colonel. He manages all the Garrison Clinics which are at the territory of Montenegro. Every Garrison Clinic has its own Chief who is military or civilian.

In the case of certain elementary disasters or natural catastrophes the Armed Forces of Montenegro is able to develop field hospital under tents which comprises of Admission Triage Ward, General Medical Care Ward, Internal Ward, Operational Ward, lnfection Ward, Neuropsychiatry Ward. For the needs of all these wards in the case of necessity there would be en - gaged personnel from the regional hospitals since health care within the Armed Forces of Montenegro is not separate, but is incorporated in the System of public health care.