Covid-19 and the Navies: An unexpected passenger

Since the Cold War all big Navy vessels have been protected against CBRN (chemical, biological, radiological and nuclear) threat. They can hermetically seal themselves against the outside world and create an internal overpressure that will prevent penetration by any toxicant that might contaminate the crew. Military health services have long known that the B in CBRN can be misleading. Protection against biological risk does not mean protecting yourself against the air outside and instead generally means protecting yourself against other people, as dramatically demonstrated by the outbreaks of Covid-19 on the aircraft carriers Theodore Roosevelt and Charles de Gaulle.

The US aircraft carrier Theodore Roosevelt is based in San Diego on the Pacific Ocean. She carries a full complement of 5800 sailors but while on duty in the Western Pacific in March 2020 had a crew of 4500 to 4800. Between 5 and 9 March 2020 the Theodore Roosevelt put into Da Nang in Vietnam and this was very probably the source of the first outbreak of Covid-19 to be described on a warship. The first case of Covid-19 was declared on board on 22 March while the carrier was at sea. On 24 March three other cases were reported and all four were evacuated to Guam. The next day five new cases were also evacuated to Guam. It was then decided that all naval operations should be suspended and that the carrier should sail to the naval base at Guam. When the vessel tied up on 27 March, the crew of the Theodore Roosevelt was put into quarantine on board and was only allowed to take exercise by walking up and down the quay. At 31 March over one hundred confirmed cases of Covid-19 had been reported. US Navy authorities decided to test the entire crew and the following day to evacuate the ship. The whole naval base had to be mobilised and 1700 hotel rooms requisitioned on the island to accommodate all the sailors. The evacuation took around ten days, which the crew used to clean and disinfect the ship. At 8 April there were 416 cases of Covid-19 but still 2500 sailors on board. On 13 April the US Navy announced the only death related to the outbreak. At 5 May the entire crew had been tested at least once and a total of 2156 confirmed cases of Covid-19 had been reported. The crew’s quarantine ended on 14 May and 2900 sailors returned on board. The next day another outbreak was discovered when five new cases of Covid-19 were found in sailors who had previously tested negative. These were however the last cases of the outbreak and naval operations resumed on 21 May after having been suspended for two months¹.

This outbreak, which received very heavy media coverage when Captain Brett Crozier was forced to leave his ship, acted like an electric shock on all naval forces worldwide. Ten days later it was the turn of the French Navy.

The French aircraft carrier Charles de Gaulle is based in Toulon. She carries a full complement of 1900 sailors. In April 2020 while on duty in the Mediterranean and North Atlantic there were only 1800 crew on board. Between 13 and 16 March the Charles de Gaulle was in Brest. On 29 and 30 March she was moored off the coast of Denmark and was operating a shuttle service to the land. On 5 April, while numerous suspected cases of Covid-19 were filling its medical facilities, the first confirmed case was evacuated to Denmark. On 8 April, while the Charles de Gaulle was at sea in the Bay of Biscay, another three cases of Covid-19 were evacuated to France. That same day it was decided to suspend naval operations and to return to base. The first investigative team from the French Forces Health Service (SSA) also arrived on board on 8 April. On 11 April a second SSA investigative team boarded the other ships of the Carrier Battle Group (CVBG) while they were still at sea. On 13 April the Charles de Gaulle tied up in Toulon and 90% of the crew disembarked. The only people remaining on board were the personnel needed to handle the nuclear reactor and the vessel’s security and safety. The entire crew was tested for Covid-19 and of the 64% of sailors who tested positive, a very small number had to be hospitalised. There were no deaths. Sanitisation of the ship by an Army CBRN battalion (the 2nd Regiment of Dragoons) was completed in April. There were just two weeks between these two extraordinarily similar outbreaks but the French Navy and the SSA took advantage of that time to take in US Navy feedback and improve their own investigation and control of outbreaks on board ship. 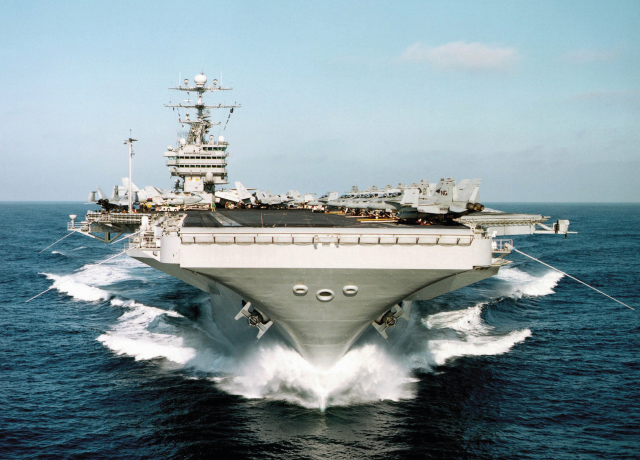 The dramatic results of the quarantining of the Diamond Princess in Yokohama (Japan) in February 2020 was also taken into account. The French Navy and the SSA dealt with three key areas of epidemic management very differently:
• investigation of the epidemic began as soon as possible by sending specialist SSA teams out to the ships. The time saved by starting the investigation as quickly as possible was crucial in controlling the outbreak;
• as soon as the Charles de Gaulle tied up in Toulon, the entire crew was tested and evacuated, preventing a re-run of the errors made in Guam and Japan;
• sanitisation of the ship was carried out by CBRN professionals (the 2nd Regiment of Dragoons) who proved their worth in one of the most difficult environments to disinfect: the corridors of an aircraft carrier.

These Covid-19 outbreaks have however highlighted how vulnerable warships are to biological threat - in this case a natural threat, but one that can also be deliberate. The problem in such cases is not how to protect against an external threat, such as toxicants or radioactive particles, but how to protect against an infection that is already on board and whose sole purpose is to spread through the entire crew. Barrier methods, social distancing, ventilation and air conditioning systems that do not encourage the propagation of the epidemic are consequently challenges that it is almost impossible to meet in ships that have not been designed to cope with them. The isolation of contagious patients has also proved difficult, if not impossible, on board ships whose medical and crew facilities were not designed to allow this. The two outbreaks have however shown us how to improve the

In the short term, the training of crew and officers in biological threats, not just in the CBRN sense but across the entire range of transmissible diseases, must be improved. Natural and deliberate biological threats must be included in crisis and operational continuity planning, independently of CBRN threats, which are different. These plans must include reorganising the crew during an epidemic to allow sections to be isolated, avoiding cross-contamination across the entire crew. Food, relaxation, sleeping, bathroom and work areas must be able to operate without the groups coming into contact with each other. Finally, ventilation and air conditioning systems must be adapted to cope with biological threats.

In the medium term, the naval arsenal needs to be improved during Continuous Maintenance Availability (CMAV) periods (ship’s unavailability for maintenance, repair and upgrade) to enable warship infrastructure itself to deal with biological threats. Finally, above all and over the long term, the prevention and mitigation of biological threats must now be built into the naval architecture of warships currently under development.

Transmissible diseases have long been viewed as a major threat to naval operations but the preventive health measures used for decades (hygiene, vector and pest control, vaccination, chemoprophylaxis² etc.) have restricted biological accidents to a few clusters of diarrhoea or acute respiratory infection, and of course sporadic instances of transmissible diseases after stops in tropical countries. The impact on operations has always been limited- at worst a 24 or 48-hour suspension of duties. The threat was therefore believed to be under control. And an understanding of the threat posed by CBRN since the Cold War has also lulled Naval commands into a false sense of security and a belief that this acronym covers the entire range of all infectious diseases. It is now clear for all to see that warships are just as vulnerable to viruses and bacteria and that warship design must anticipate the next wave of natural or deliberate epidemics. The Coronavirus pandemic will soon be followed by a viral flu pandemic and probably many others over the course of the century. Navies now understand the threat and know what to do to prevent and control it. 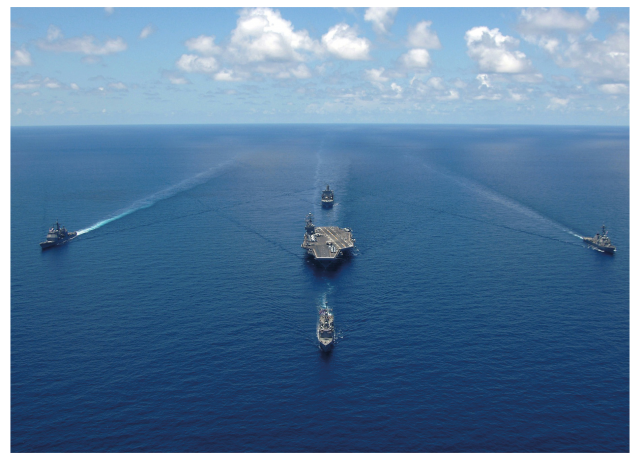 Note: This article includes some of the information presented in public by the author at the International Conference on Disaster and Military Medicine on 17 November 2020 (https://events.military- medicine.com/dimimed/) and was also published in French in the “Revue de la défense nationale” on 1 February 2021
(https://www.defnat.com/e-RDN/tribune.php).

¹ There is little open-source information on the impact of the epidemic on other ships in the Theodore Roosevelt CVBG (carrier battle group) and only the outbreak on the carrier itself is properly described. The same applies to the Charles de Gaulle CVBG.
² i.e. preventive treatment to stop a disease or to stop it presenting.