To guarantee the soldiers of the Armed Forces of the Czech Republic (AFCR) outstanding medical support in operations and to ensure both the physical and mental welfare. The medical care is based on prevention and treatment procedures, however if they get injured, they will receive the standard care.

The Military Medical Department, which is within the MoD Support Division structure, is responsible for medical strategy and policy, medical concepts and medical legality. It is also responsible for cooperation with the Department of Organization Management of MoD, Ministry of Public Health, Ministry of Interior, and other authorities and organisations, i.e. Red Cross. The Director of the Military Medical Department is subordinated to the Director of the Support Division of MoD to whom he directly reports.

The primary health care within the Armed Forces of the Czech Republic is mostly covered by Regional Medical Treatment Centres (7) and Battalion Aid Stations (17). Regional Medical Treatment Centres provide the initial care for the military personnel and other related beneficiaries  and ensure the primary contact members of the armed forces with the medical service. The Role 1 medical units - battalion aid stations as an integral part of the military units, perform tasks mainly within the area of medical training, medical support for military training, exercises and missions abroad. 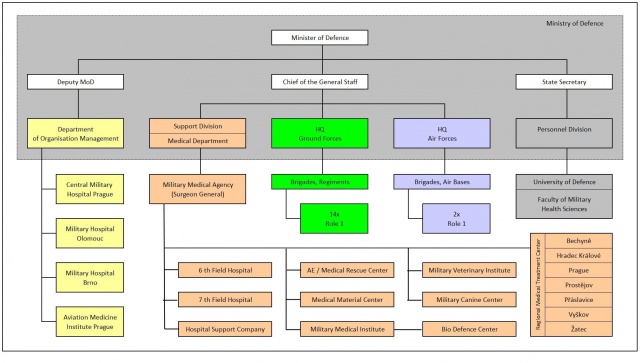 The Military University Hospital Prague is a training, educational and professional medical facility of the Armed Forces of the Czech Republic, which provides comprehensive health care at the level of teaching hospitals. The number of treated patients, as outpatients, and hospitalized is gradually increasing (around 1,1 million outpatients and 25 thousand hospitalized patients yearly).

The Military University Hospital Prague provides a nearly complete range of medical services except paediatrics, obstetrics, cardiac surgery, and treatment of burns. It focuses mainly on acute surgical conditions and internal profile, the care of polytrauma, including brain and spinal cord injuries. 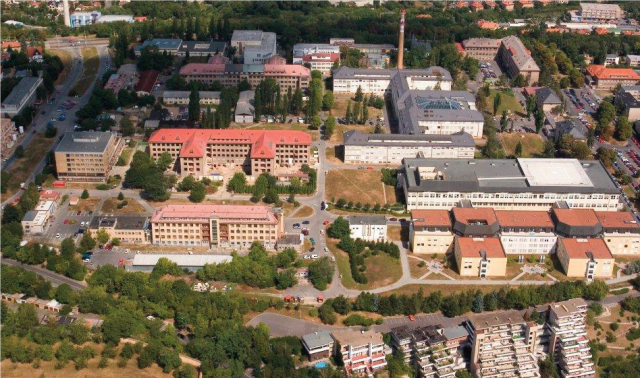 The Military Hospital in Brno consists of following wards: Department of Internal Medicine with ICU and Oncological short-stay ward, Surgical and Orthopaedic department with ICU, Neurological department with ICU, Psychiatric department, Ophthalmology department, and ENT department include a total of 212 beds for acute care patients. Clinics radiology, Clinical Laboratories, Psychology, Rehabilitation and physiotherapy, Dermatology, Stomatology, Anaesthesiology and resuscitation, Pharmacy and Medical Technology, Medical assessment board and Department of Occupational Diseases belong to the outpatient clinics. The hospital is well equipped with modern technology and reflects contemporary trends in medicine. 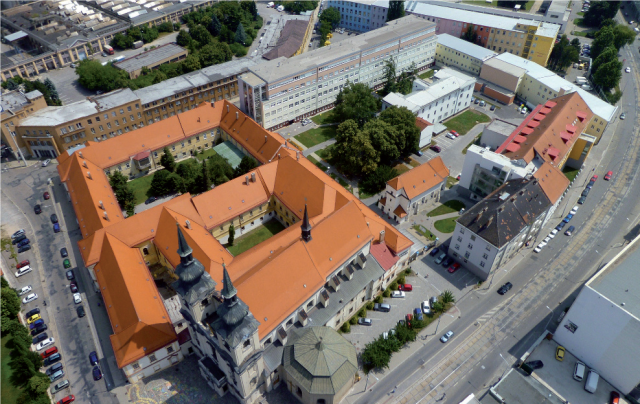 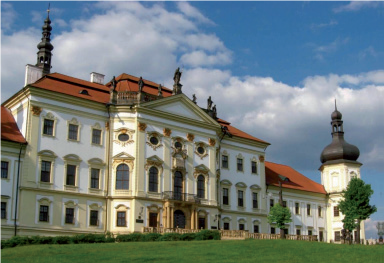 The Institute of the Aviation Medicine Prague (the IAM) is a diagnostic, therapeutic, advisory and training facility with a nationwide competence for both civilian and military personnel, with the possibility of providing a whole range of highly specific services exploitable by other patients and even healthy persons.

The above-mentioned services are primarily aimed at making a speedy diagnosis, after-treatment, assessment of an examinee´s ability to execute his/her job and giving recommendations on preventive as well as therapeutic measures. These services are provided by skilled staff, mainly to outpatients, but also by means of a short-term hospitalization with frequently used methods requiring sophisticated equipment that is not in use in other clinical branches (hypobaric chambers, simulators etc.). 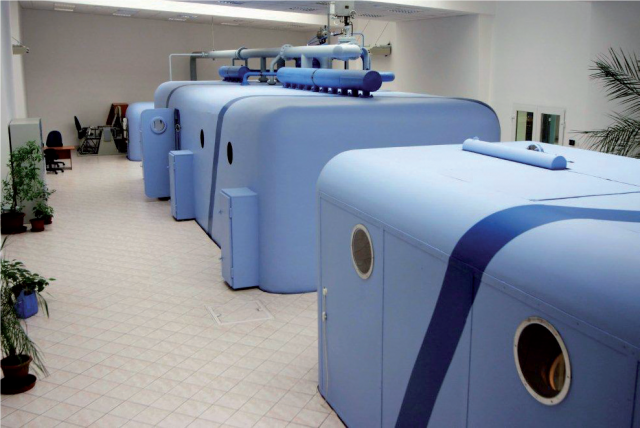 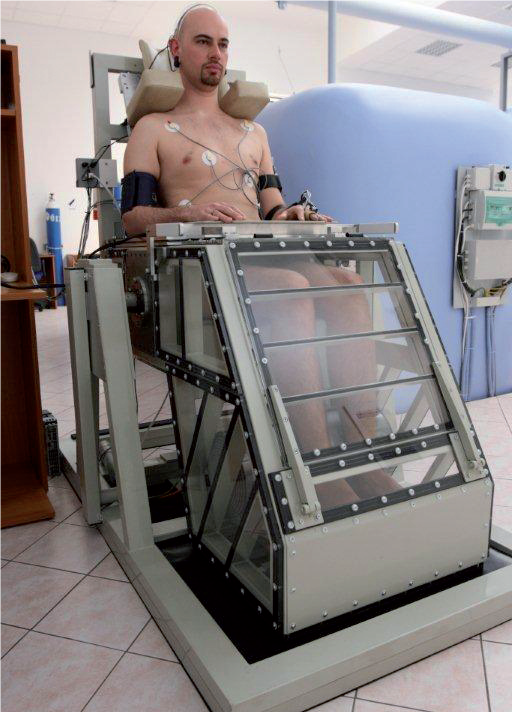 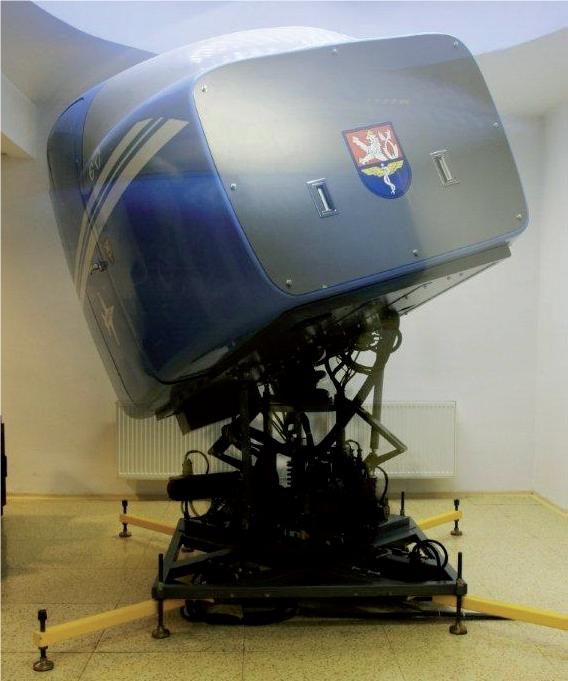 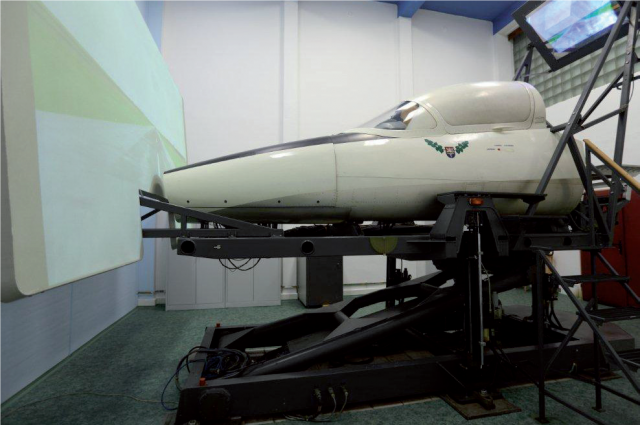 The Military Health Institute in Prague is a specialised medical facility responsible for anti-epidemic and hygienic support within the Czech military, laboratory and expertise activities (both in the Czech territory and Czech military foreign deployments), radiation protection, biological protection, vaccination of troops of the Armed Forces of the Czech Republic and operation of the Serum Bank of ACR. The Institute includes the Preventive Care Department in Ceske Budejovice and the Biological Defence Department in Techonin.

The Department at Techonin is a specialized medical institution of the Czech Armed Forces ensuring complete biological defence primarily in favour of the Czech troops. There are following primary objectives: 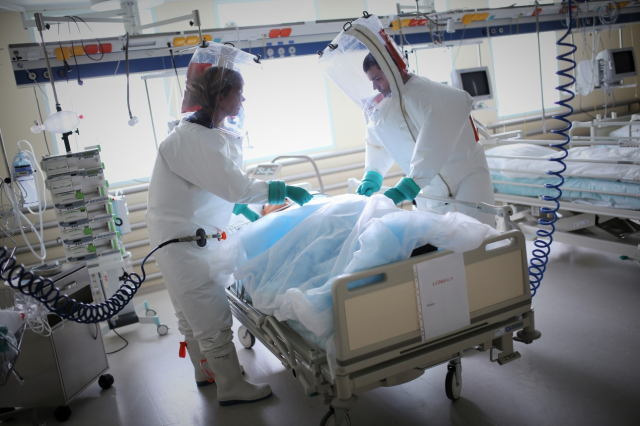 The Biological Defence Department includes the Specialised Infection Hospital for persons affected with dangerous or exotic infections under biosafety level 3 & 4 conditions equipped with laboratories for diagnostics of selected biological agents. It also offers isolation-quarantine capabilities for examination of the troops returning from military missions abroad.

The Department serves as a training and education facility both for military and civilian specialists from the Czech Republic and within the NATO (Centre of Excellence).

The Department is part of the Integrated Rescue System of the Czech Republic, and, at the same time, it is involved in the NATO biological defence system.

The Biological Defence Department in Techonin:

Number of the Medical Service Personnel

Basic training for all members of the Czech Armed Forces is provided by the Training Command - Military Academy in Vyskov. Specialised education and training of military physicians and nurses is covered by the Faculty of Military Health Sciences in Hradec Kralove and by Military Hospitals.

The Active Reserves Unit was founded in 2017 and it was primarily designated for strengthening the Biological Defence Department in  Techonin. In the future there will be 135 members of the Active Reserve Unit with predominantly medical qualification.

For STRATEVAC medically adjusted Airbus A-319 CJ or CASA C-295 is used. The specialized equipment, the Patient Transport Unit (PTU), can be quickly installed for the transport of the intensive care patients. The aircraft interior can be adjusted to accommodate up to six lying patients (two PTUs for seriously injured and four beds for slightly or moderately wounded).

Currently there are no capabilities to provide AIR FORWARD MEDEVAC. To achieve this capability is expected by 2020. 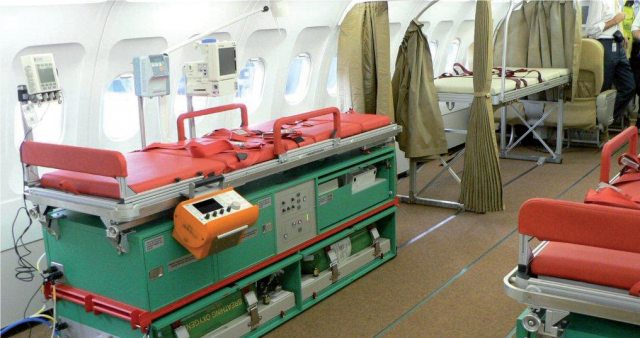 Treatment chain for wounded soldiers commences at the self-aid or body-aid and continues with the enhanced first aid delivered by a combat life saver at the point of injury. Role 1 MTF encompasses provision of the first emergency medical care.

The Medical Service of the Czech Armed Forces has currently the capability to deploy MTFs up to Role 2E – (field hospitals).

The Military Medical Service personnel have been participating in all major foreign activities. The fact that the Czech military medical personnel are being included in the NATO, UN or EU-led missions reflects their considerable credibility.

Since 2003 the Czech medical teams have been embedded in the UK, Dutch, German and NATO Field Hospitals.

At present the Czech military medical service is developing a medical module (based on Multinational Medical Task Force) which will be ready to provide medical support to V4 EUBG 2019/2. 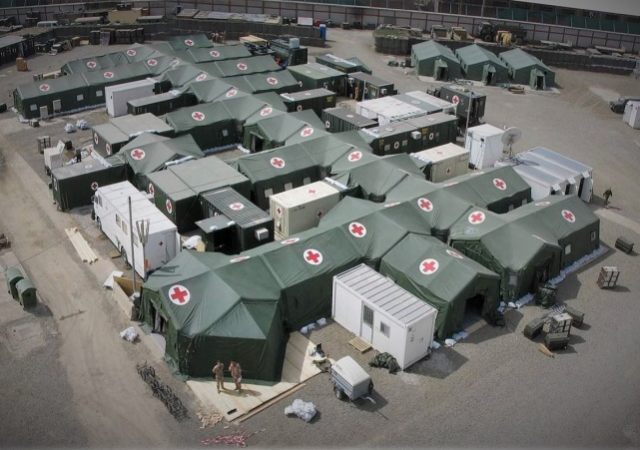 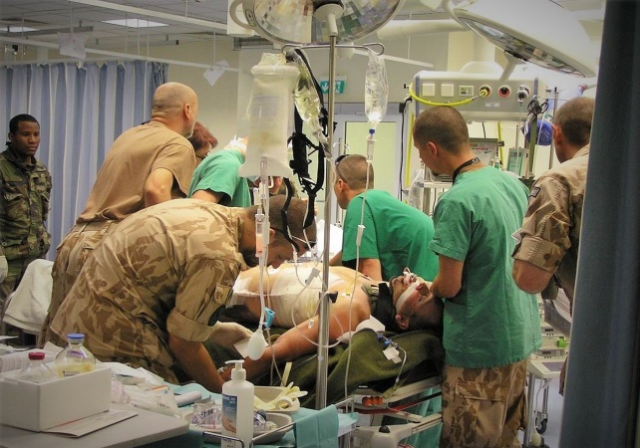 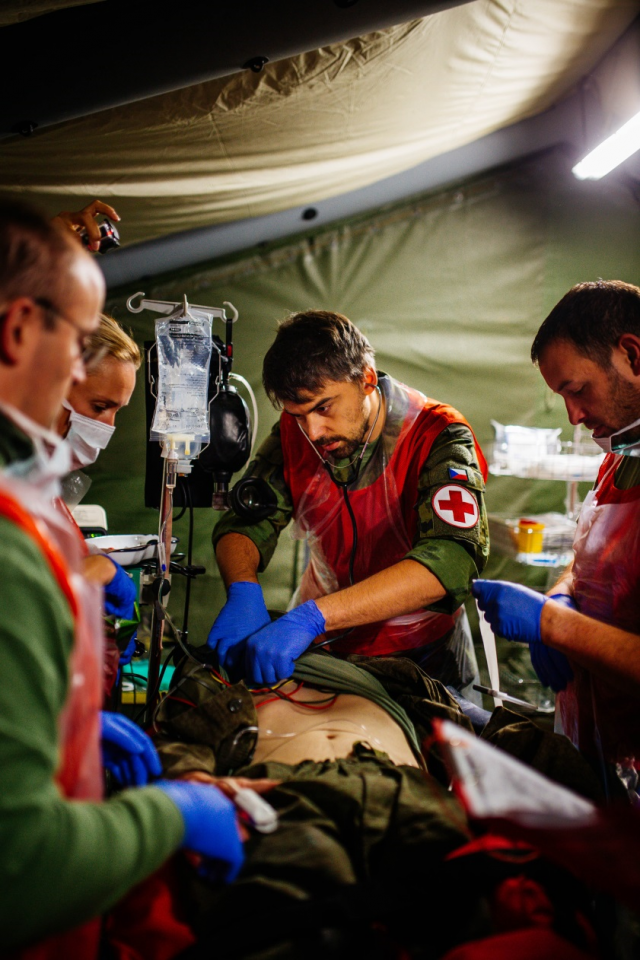 Experience of active deployment with medical services of other nations:

The Military Hospitals are fully integrated in the civilian healthcare system.

Air Rescue Service and Emergency Medicine Department Pilsen-Line has become an integral part of the state sponsored emergency medical services and acts as an important part of the Integrated Rescue System of the Czech Republic. Currently The Armed Forces of the Czech Republic have been fully covering the Air Rescue Service in the regions of South Bohemia, Karlovy Vary and Plzen. 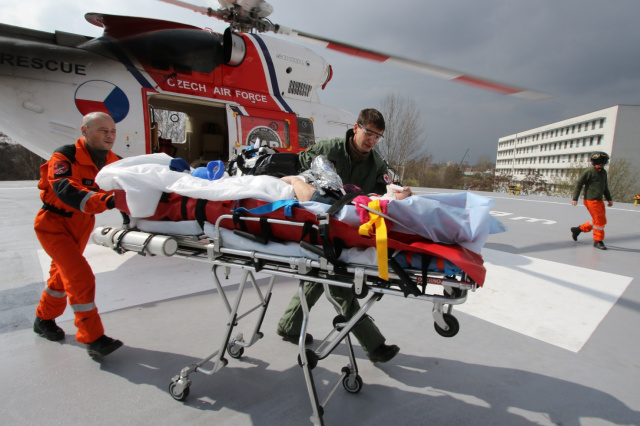 The Institute of Aviation Medicine in Prague serves the military and civilian flight personnel and air traffic control service.

The Biological Defence Centre in Techonin serves as a training and education facility both for military and civilian specialists from the Czech Republic and within NATO (CBRN Centre of Excellence).

The department is also a part of the Integrated Rescue System of the Czech Republic, and at the same time, it is involved in the NATO biological defence system.

Military Medical Science Letters is a national professional journal of military doctors, pharmacists and veterinary doctors with a long tradition. It is the oldest military journal in the Czech Republic whose first issue was published in April 1925.

The journal is mainly aimed at military pharmacists, veterinary doctors and researchers, members of the integrated rescue system units and the others from the professional public.

The journal informs of research work results in conditions of military health care.
It presents preventive, diagnostic and therapeutic activities and it is significant resource of experience from the practice of the Czech Armed Forces Medical Service, not only in peace time but also war time services mainly in foreign missions.

Contributions from all medical branches such as pharmacy, veterinary medicine, works in the field of nursing, and other works focused on military health care are possible to be published here.

Military Medical Science Letters meets the criteria set by the Research and Development Council of the Czech Republic Government and it is included in the List of the Reviewed Non- Impact Factor Journals published in the Czech Republic.