MCIF: General, you are the chief of the Czech Military Medical Service. Could you give us an overview about the most significant problems of your present structure of the medical service? Do you have also problems to gain young professionals? 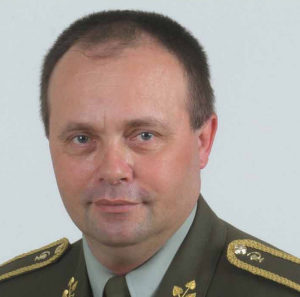 Brigadier General Bubenik: The Military Medical Service of the Czech Armed Forces seems to be in a relatively good conditionat this very moment. I cannot say perfect but I am satisfied. After the years of instability, decreasing numbers of personnel and peacetime establishment structure, we have done a few steps to move forward – the structure of the Service has been tailored to the future tasks, recruitment and retention of the military medical professionals is balanced and mid-term financial planning is moving forward. But to speak only about the bright future is a one-way ticket. Primarily Military Medical Service is still seen by political representation as one of the Czech specialties.

But as everyone from the medical community knows this proclamation can be true only in the perfect personnel and budgetary conditions. As for me and my colleagues, we prefer a balanced service, supporting deployed forces, covering all training activities and, of course, working in a peace-time for the troops, veterans, civilian employees and military family members in our ambulances and operating theatres.

According to the young professionals we are fully dependent (except a few fully graduated doctors joining medical service after their civilian studies and short-term military training) on education at the Military Medical Faculty in Hradec Kralove. But a balanced number of students with the vision of their future position within a PE structure has been for the last ten years stable and without major changes. Due to recent legislation changes (Military Act valid since July 2015) mainly young doctors (captains, majors) have been in a little bit better salary level in comparison with their civilian colleagues.

MCIF: Your service has been participating in multinational missions for many years. What deployments are you currently involved in?

Brigadier General Bubenik: Medical Service members currently support the Resolute Support Mission in AFG together with the U.S. Medical crew in Kabul as a Field Surgical Team, nowadays with significant Slovak Medical Service participation. Our ­participation can be seen as well in Mali (supporting guarding ­platoon) and last but not least is the contribution in a mission EUNAVFOR Med in Rome – as MEDOPS and PECC positions. In the first half of 2016 we successfully fulfilled a Lead Nation medical position within V4 EUBG. Massive Field Hospital deployment is not expected in the next two-three years.

But you know – to sustain smaller teams in the different deployments is sometimes more difficult than the whole hospital not only from the personnel view but also in terms of their rotation, materiel supply and of course different pre-deployment ­activities.

MCIF: How have you organized the evacuation of your sick and wounded personnel during the deployments?

Brigadier General Bubenik: After the acquisition of two Airbuses and Casa transport aircrafts, we as the Medical Service requested a preparation of them for STRATEVAC purposes – with the possibility to rebuild an aircraft within a 6-hours timeframe to a version tailored to the medical transport. Each plane is prepared with the oxygenation pipelines, PTU (patient transport unit – similar to the ICU bed surrounded by all necessary life-saving equipment). CASA aircraft can be used in both transportations – IN THEATRE fixed-wing evacuation of higher number of patients, one of them critically injured and others as lower priorities, and for STRATEVAC purposes from a distance like KOSOVO or SINAI peninsula.

These possibilities have been tested and in fact conducted successfully during the last ten years. And not only for the strategic evacuation purposes of the own military casualties but the civilians as well (for example a few years ago during the bus traffic accident of Czech tourists in Croatia). We can mention also the patients transportation from UKRAINE after MAIDAN events in KIEV.

MCIF: Do you, in accordance with the maxim “train together – fight together”, participate in joint exercises and training activities together with the medical services of other countries?

Brigadier General Bubenik: We started with the participation in training activities with NATO member nations very soon after joining the Alliance. Since the very beginning the first activities were covered by the staff medical members during the major Alliance exercises, later we continued with the teams and equipment as a part of international medical units.

Significant participation started in 2011 during the first Vigorous Warrior exercise in Hungary, next one in 2013 held in Germany and the last (where I was appointed the Exercise Director) took place in my town and HQ area - Hradec Kralove. More than 16 different countries and up to 350 participants showed us an excellent example of interoperability, sharing of the experience how to deal with the biohazards. We got very fresh and strong impressions from the recent CLEAN CARE 2016 exercise, where a key training purpose was CBRN casualties. We recognized that these procedures are a little bit abandoned in comparison with the last ten years’ experience from ISAF missions – we focused mainly on trauma and their consequences. But we have to take into consideration the CBRN issues, too and not only from the military perspective, because CBRN danger is surrounding us as natural occurrence.

Our intent is to continue with the Vigorous Warrior exercise, participate in the Framework Nation Concept exercises and finally be a part of the major NATO exercises with medical troops and staff members, too.

MCIF: General, you are the Chairman of the “World CBRN & Medical Congress” in October 2016 in Prague. Are you on schedule with the preparations?

Brigadier General Bubenik:I am very satisfied with a progress of the mentioned activity. CEBIRAM (as the congress is called) consists of the Congress itself, focusing on the strategic issues and topics, and two separate CBRN and MEDICAL workshops. The number of participants, their portfolio from strategic, ­scientific and practical point of view is in my opinion extraordinary. Due to the fact that CEBIRAM is one of the activities held during a covering FUTURE FORCES FORUM, it is necessary to highlight a direct and indirect impact of the military industry on the practical life.

Nevertheless – the congress itself shows us, whether this project is vital and if we could continue – in a bi-annual period. In a comparison with other scientific congresses and workshops this one will be a unique combination of the CBRN and medical topics and their impact on training, education, preparation and finally carrying out technically and personally supported missions.

Finally, I am honoured to be a chief of the Congress, because this is not only appreciation of me, but more of the collective work of the whole Czech Military Medical Service. So – welcome to Prague and enjoy not only a fruitful meeting, but the social events and spirit of Prague too! See you soon!

MCIF: General, let me thank you for granting us this interview and for your concise and enlightening statements.