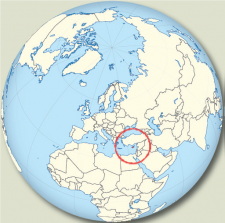 The basic task of CY military medical service is the provision of medical care to the military and civilian personnel of the National Guard, both in peacetime and in wartime.

Cyprus has an autonomous unified military medical service with overall responsibility for the medical care of personnel of all three branches of the armed forces. In peacetime, there is a core medical service, which evolves into its full potential in wartime, following the recruitment of both medical and nursing personnel from the reserve.

The Director General (Surgeon General), reports directly to the Chief of Staff and has all medical units and personnel under his command.

The following medical services are incorporated into the armed forces MILMED Service:

A number of field units and medical units have a medical capability limited to offering primary health care and dental care.

There is only one military hospital in Nicosia with 22 beds. It incorporates 8 specialist clinics (Internal Medicine, General Surgery, Cardiology, Orthopaedics, Ophthalmology, ENT, Psychiatry, and Dermatology) and 4 departments (Radiology, Biochemistry/Haematology, Physiotherapy and Pharmacy).

A newly constructed Annex has been added to the hospital complex. It houses the ER department, two Operating Theatres, the Haematology/Biochemistry laboratories and a patient holding ward.

Tertiary care is provided exclusively by civilian state hospitals, with which there is a very close cooperation.

Although the medical service does not run any specialist institutes, it employs a number of physicians with special training in Aviation and Diving/Marine Medicine to cater for the special needs of the corresponding branches of the armed forces.

Air MedEvac
The medical service has a limited tactical Air MedEvac capability, exploiting the potentials of multi-purpose helicopters with appropriate medical equipment. This capability has been upgraded, following the acquisition of AW139 helicopters equipped with Aerolite Self-Contained EMS kits, which can hold up to 3 lying patients and serve a dual Search and Rescue and Air Medevac role. This service operates 24/7, on a half an hour readiness. There is lack on any strategic Air MedEvac Capability.

Experience of active deployments
Cyprus military medical service includes a small medical contingent which has been committed to the medical support of CY contribution to the multinational European Union Battle Group (HELBROC). Although it has been appropriately trained and has participated in periodic certification multinational training exercises with Greece, Bulgaria, Romania (and Ukraine), it has not as yet been actively deployed for a mission. At the same time, there has been active and consistent involvement in the activities of European Defence Agency (EDA) specialized medical groups (Project Team Medical – PT Medical) and 2 Cat B projects addressing issues of multinational Medical support.

In this context CY Mil Med Service currently participates in EDA medical pooling and sharing initiatives, aiming at the development of multinational medical capabilities such as:

Medical and nursing staffs are trained ab initio, in either civilian universities (local or overseas) or military medical/nursing schools in Greece. Continuous professional development opportunities are offered in the form of periodic lectures and seminars as well as attendance of national and international conferences and training courses.

In the context of our participation in EU CSDP and EDA medical activities, military medical personnel from Cyprus, has been granted access to training courses run at the Centre of Excellence for Military Medicine (MILMED CoE) in Budapest as well as to NATO military medical meetings. In this context, one of our medical officers, after successful completion of a relevant course, has been accredited as a Medical Evaluator.

Soldiers, as part of their basic training, are acquiring competency in self and comrade help in case of trauma and are provided with a very basic first aid kit. We are also running a program, aimed at formally training our personnel in Tactical Combat Casualty Care (TCCC). All military personnel is periodically trained in the skills of Basic Life Support (BLS) and the use of Automatic External Defibrillators (AED).

In peacetime the military medical services work in very close cooperation with the civilian health system, which augments the former in terms of services it cannot provide. Furthermore, nursing staff is seconded to the military medical service on an ad hoc basis, from civilian hospitals to respond to periods of increased need. In wartime, the capabilities of the civilian health system are incorporated into the military medical services. Civilian hospitals exclusively provide Role 3 & 4 medical care for military personnel both in peace and war time. In addition, beyond basic hygiene measures, highly infectious diseases are managed in special units of civilian hospitals. The medical service has a limited capability in terms of detection and protection from NBC agents. Decontamination from such agents is a function of a specialized appropriately equipped branch of Civil Defence, which renders support to the armed forces should the need arise. Civilian hospitals and Civil Defence also contribute with medical personnel to the support of search and rescue and aeromedical evacuation activities, carried out by the armed forces for the benefit of the civilian population.