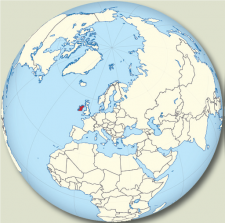 The mission of the Medical Corps is to ensure and coordinate the provision of medical, dental and pharmaceutical support to the Defence Forces in the execution of their roles as assigned by Government, both at home and abroad. To achieve this mission, the Medical Corps has three main service objectives:

The Defence Forces encompass Army, Naval Service, Air Corps and Reserve Defence Forces. The static installations include Military Medical Facilities distributed throughout the country at home and as part of major deployments overseas.

The Central Medical Unit has the responsibility for delivery of the medical services to the standards outlined by the Directorate Medical Branch. It is headed up by a non-medical Colonel. 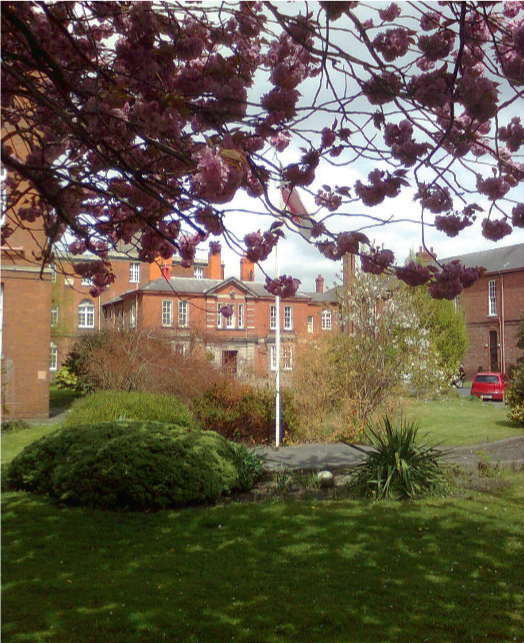 Missions
The personnel have served in major UN missions providing medical and dental support, as well as EU or NATO-led missions which have UN mandates. Medical Corps personnel are currently deployed with units serving in Lebanon and Syria, as well with the Naval Service operation responding to the refugee crisis in the Mediterranean. Previous overseas missions have included Liberia, Eritrea, Somalia, Chad, Kosovo, Bosnia, Congo and East Timor.

Armoured Ambulance on Patrol in Chad 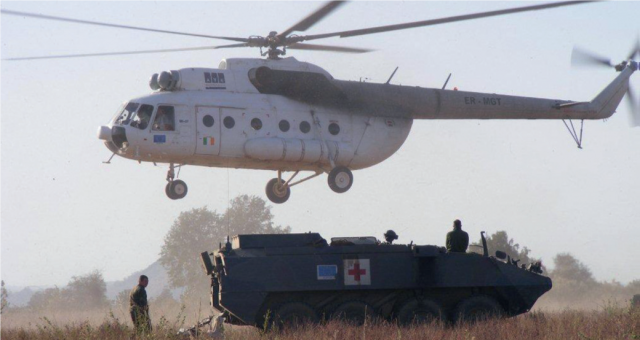 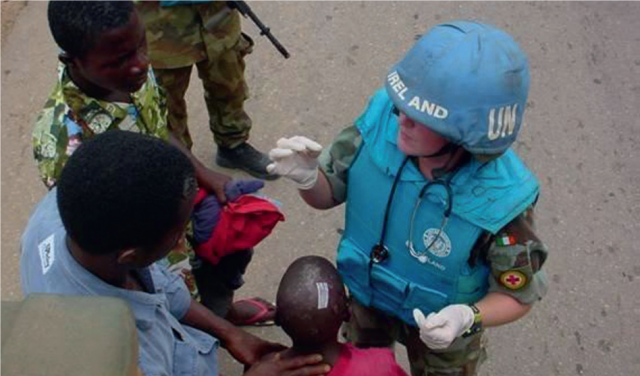