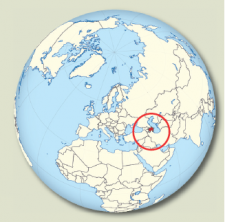 The Azerbaijan Armed Forces (AAF) have three branches: the Azerbaijani Land Forces, the Azerbaijani Air Force and Air Defence Force, a single united branch, and the Azerbaijani Navy. Associated forces include the National Guard, the Internal Troops of Azerbaijan, the State Border Service, and Coast Guard and can be involved in state defence when needed.

The AAF do not have an independent Medical Service. However, medical personnel are integrated into the troops at unit and command level and are supervised by a Military Medical Staff in the MoD.

The 150-bed hospital has a polyclinic, a clinical laboratory, an operating room, reanimation, intensive therapy, angiography, radiology and endoscopy departments, a helicopter square, a parking, a 120-seat conference hall and a greenery strip.

Besides ambulatory care, Polyclinic of the Ministry also provides medical service at home, in case of need organizes consultations of qualified specialists and hospital treatment. Army Medical Department of the Ministry of National Security provides periodic clinical examination of its employees, as well as their families and retirees, uses up-to-date innovations for timely determination, prophylaxis and treatment of illness. Polyclinic provides medical control in physical and military trainings of staff, mass sports activities. Polyclinic of the Army Medical Department arranges sanitary control in the facilities of Ministry, checks fitness of resources (technical equipment, garment, food etc.) purchased for the needs of Ministry and scrutinizes their certificates of quality.