The smallpox virus caused desastrous epidemics and killed hundreds of thousands each year even in the 20th century before the world was officially declared smallpox-free in 1980. Textbooks on infectious diseases categorize 4 different clinical manifestations of smallpox infections: the classical, the mild, the severe and the malign course. The smallpox virus had been used as a BW agent with high efficacy for centuries and is classified as one of the most dangerous BW agents in the Western as well as in the Eastern hemisphere, still. The aim of BW agents is not only to impact the health of specific individuals, but also to contaminate the environment and to destabilize the health care in general as well as the economical and the political system and to knock out essential parts of the infrastructure which might easily result in chaos and panic. BW agents in general and smallpox virus in detail can easily cross international borders and – if released – would lead to rapid spread in non-immune populations. The threat by smallpox could result from intentional and non-intentional release, mutation of other orthopox viruses as well as de-novo-synthesis. The use of a now avaiable non-replicative live attenuated smallpox vaccine (licensed by the EMA) would not only reduce the risk of bio-attacks with this agent but also cut down deadly sequelae after contact no matter where the virus came from. 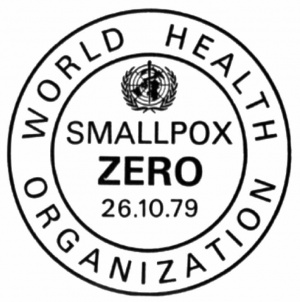 The smallpox virus belongs to the family of the so-called orthopox viruses (DNA viruses) which jumped over to and became pathogenic for men some 12 000 years ago (a proven victim is e.g. pharao Ramses Vth, who´s mummy shows typical smallpox scars on it’s face).

The clinical classification separates a Variola (V.) major- and V. minor-variant; the major being associated with a significantly more serious course of disease as well as mortality (30% vs. 1% in the minor infection). Risk assessment usually was and still is based on models using the V. major-variant.

Textbooks on infectious diseases categorize 4 different clinical manifestations of smallpox infections: the classical course (CFR 30%), the mild course (CFR 10%), the severe course (CFR 90%) and the malign course (CFR ~ 100%). So without any doubt this infection ­– in addition to the effects on individual health – had a major impact on local societies and ecominic systems, respectively. Apart from smallpox other poxviruses like monkey pox or cowpox may cause severe infections in humans, too.

The smallpox virus had been used as a BW agent with high efficacy for centuries. It’s impact was e.g. shown in the 18th century when British soldiers handed over said-to-be presents contaminated with this agent to fight the indigenous population of North America. Although (or because?) officially eradicated in 1979 the smallpox virus is classified as one of the most dangerous BW agents in the Western as well as in the Eastern hemisphere, still. 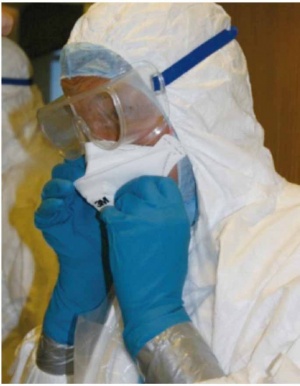 The aim of BW agents is not only to impact the (physical and mental) health of specific individuals (and their close contacts), but also to contaminate the environment and to destabilize the health care in general as well as the economical and the political system not only of a certain region but – on a median range – of whole areas. to plant the seed of distrust, scepticism and fear and – in the end – to knock out essential parts of the infrastructure which might easily result in chaos and panic.

Counteracting strategies are jeopardized by traditional shortcuts and problems (as proven with the last influenza pandemic): costs, (reports on) adverse reactions from medical products (no matter whether true or not), lacking structures and logistics for rapid supply, distribution and application as well as the unpredictiable risk of escape variants (caused by mutations of the infectious agent).

In addition to the influenza pandemic there are other examples for the regional / global impact by pathogens matching the criteria considered for BW agents from the recent past: weaponized anthrax (2001), avian flu (Influenza A / H5N1; since 2003), SARS (2003), Ebola (2014-16) and MERS-CoV (since 2013) as well as the highly emotionalized Zika virus in the Americas (most likely since 2013 starting in the Carribean). But the risk is not limited to the release by intention (i.e. the use as a biological weapon): in addition we should not forget the contact with highly ­pathogenic and/or contagious agents by accident (transport, laboratory) as well as by unintended / unknown contact (by natural exposure / release; e.g. smallpox virus and breaking up of the permafrost) – which re­peatedly was illustrated by Yersinia pestis or Coxiella burnetti infections in the recent past – fortunately on a comparatively small scale each.

As already mentionned the last naturally circulating smallpox virus strain(s) was/were eradicated in 1979 so the earth could be declared free of smallpox by 1980. Taking into account that the vaccine used at that time had substantial side effects (which even resulted in vaccination related deaths in a small but distinct proportion) the up til then mandatory general vaccination was stopped globally. It was 9/11 only that changed this strategy and resulted in the vaccination of selected target groups in the US (army, staff in certain hospitals).

BW agents in general and smallpox virus in detail are linked to a very high emotional background, can easily cross international borders (e.g. freeze dried in vials) and may be (silently?) released in traditionally highly frequented hubs like airports, railway stations or ports and – due to being highly contagious – would lead to rapid (international) spread and self-perpetuation in non-immune populations.

Based on critical analysis the threat by smallpox could result from

The classification of the smallpox virus as a re-emerging threat in terms of a BW agent is due to several co-founding factors:

Could a Call for Action be Justified?

The launch of mass vaccination programs usually is based on a strategic decision which of course should include ethical aspects. Therefore this kind of preventive measures can be justified only as long they don’t negatively impact necessary medical services offered routinely and the estimated benefits of these prophylactic activities outweigh potential risks associated with these interventions. 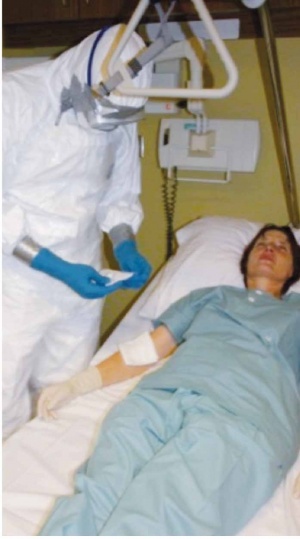 Balancing all the aspects of mass vaccination including the (side) effects of the old replicating attenuated live smallpox vaccine against the likelihood of a comeback of smallpox (or related infections) the disadvantages would most likely result in a decision against vaccination (with some exceptions based on individual risk assessment).

But times have changed: a non-replicative live attenuated smallpox vaccine was licensed by the EMA (Imvanex®, Imvamune®). This vaccine is highly immunogenic, has little side effects only and can be used even in immunocompromised individuals without any additional risk. So based on the availability of this product former decisions should (in terms of ethical aspects even must) be re-evaluated. Whatever the conclusion by official bodies might be – one outcome should be for sure: if the overall risk assessment is in favour of utilizing or stockpiling vaccines against smallpox everybody should be aware of the fact that – based on general medical principles („state of the art” ­– which must be applied in any medical field including vaccinology) – the use of the „old” smallpox vaccine (e.g. ­Dryvax®) has become obsolete.

A workup of all possible scenarios of exposure is far beyond the scope of this journal and would include the risk assessment for professions like health care workers, ethnologists, anthropologists as well as climatologists, scientists involved in monkey research and many more.

Those fighting on the frontline of biological warfare or bioterrorism are ­– without any doubt – those who are in highest need of effective protection. In addition to PP (personal protection) gear / equipment they should at least be offered vaccination in accordance to occupational health regulations. In the light of bioterror attacks using weaponized anthrax spores in 2001 targeting mainly politicians (but causing substantial collateral damage) balancing the pros and cons favoured the use of the “old” replicating smallpox vaccine despite the serious adverse reactions in the vaccinee as well as the risk of the spread of the vaccine strain with a relatively high residual pathogenicity especially for immunocompromised persons. The more this is true when dealing with the new non-replicating vaccine.  Basically gouvernments and armed defense organizations should conside

The cited slogan: „Smallpox vaccination won’t reduce the risk of bio-attacks but will substantially cut down deadly sequelae” should be questionned as from my point of view. Already the option to re-establish global anti-smallpox  immunity decreases the attractiveness to develop weaponized smallpox virus. And those likely to be exposed in another way would as well benefit from the chance to get vaccinated with a modern medical product.

We all must recognize that it is impossible to fight ignorant and intolerant organizations by showing tolerance as it is to negotiate with crazy minds by following the rules of rational thinking – or worse: this strategy might at the end even render as a stupid mistake.

So as with other major catastrophic events fact based analysis should result in the strategy: “Prepare for the worst and hope for the best!” … under the bottomline it is the responsibility of each decision making board to define the level of preparedness actully needed as long as there is agreement on a constant re-evaluation.