In most countries, Forensic Dentistry is typically the remit of the law enforcement agencies. However, in Singapore, the Singapore Armed Forces (SAF) is the only public institution to raise Forensic Odontologists. As such, the SAF Forensic Odontologists are also called upon to support the Nation’s requirements. This military-civil partnership embodies the spirit of Singapore’s ‘Whole of Government approach’ to disaster and consequence management.

Forensic Dentistry is the specialty of dentistry that is involved with the examination and evaluation of dental evidence in order to resolve issues of identity. A lot of information can be obtained from an individual’s teeth, such as (i) an estimation of the age, (ii) possible racial profiling from certain anatomical dental features, (iii) clues to occupation, dietary and social habits based on acquired or peculiar dental traits (e.g. wear patterns of teeth), and (iv) a possible indication of the individual’s country or region of origin based on the type of dental treatment. The wealth of information available from dental sources is what makes an individual’s dentition unique to oneself.

In a military setting, the bulk of the scope of Forensic Dentistry is concerned with the identification of unknown human remains, although other sub-disciplines are also applicable in certain circumstances (e.g. examination and assessment of injuries resembling bite marks, as well as traumatic facial injuries).

This military-civil partnership embodies the spirit of Singapore’s ‘Whole of Government approach’ to finding an integrated and streamlined process to solving complex issues. Together with inter-ministry agencies from the Ministry of Home Affairs (i.e. the Singapore Police Force) and the Forensic Medicine Division, Health Sciences Authority (HSA), the SAF is involved in ongoing efforts in planning and developing the Nation’s Disaster Victim Identification (DVI) capabilities. This includes the development of the Concept of Operations (CONOPS) and Standard Operating Protocols (SOPs) for local DVI efforts, as well as participation in joint Exercises involving the various governmental agencies to test and validate these CONOPS and SOPs.

In addition, the Nation’s first SOP Manual in Forensic Dentistry1 (authored by a SAF Forensic Odontologist) provides guidance for dentists undertaking the full spectrum of forensic dental work at the national mortuary at the Forensic Medicine Division, HSA. This manual was submitted for the successful re-accreditation of the national mortuary by the American based National Association of Medical Examiners in 2016.

As a part of the Whole of Government approach, SAF Forensic Odontologists have been deployed for Singapore’s DVI efforts to render Humanitarian Assistance and Disaster Relief (HADR) in the region and further afield. These missions include: (i) 1997 Silk Air MI 185 crash, Palembang, Indonesia; (ii) 2004 Boxing Day Tsunami, Phuket, Thailand; (iii) 2011 Christchurch Earthquake, New Zealand; (iv) 2015 AirAsia QZ 8501 crash, Surabaya, Indonesia (Figure 1); and the (v) 2015 Nepal Earthquake. The experiences and lessons learnt from some of these DVI missions have been published in peer-reviewed scientific journals2,3. 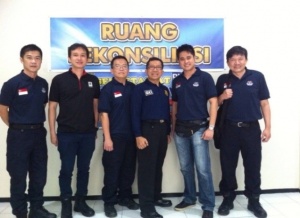 In cases where the bodies of missing Singaporean nationals are presumed to be found abroad, the Ministry of Foreign Affairs also call upon the SAF Forensic Odontologists to provide a second independent opinion subsequent to the forensic dental examination done in the host country.

On top of their chosen professional dental specialty, all Regular (active) SAF Dental Officers are required be forensically trained, either by pursuing a recognised post-graduate qualification, or at the minimum by attending established international courses or workshops (Figure 2). 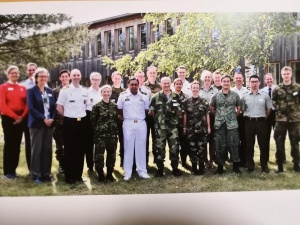 In addition, the SAF Dental Branch undertakes in-house training of Regular and NSmen (reservist) Dental Officers in the form of the ‘Oral Maxillofacial Trauma and Forensic Dentistry Symposium’. The first course was held in 2008, and since then the SAF Dental Branch has conducted 3 further iterations in 2010, 2013, and 2017. Of note, the 2017 course was organised in conjunction with the 50th anniversary of the SAF Medical Corps.

The recurrent nature of the symposium is crucial in sustaining the SAF’s operational dental capabilities by training SAF Dental Officers to (i) manage battle injuries involving either the dento-alveolar tissues and/or the orofacial region, and (ii) to assist specialist Forensic Odontologists during forensic identification operational efforts. 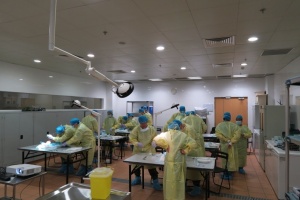 The SAF Forensic Odontologists are also involved in the training of local civilian dentists in the principles of Forensic Dentistry. This include running the first local forensic dental course (under the auspices of the HSA) to train civilian dentists and oral health therapists, as well as routinely lecturing to the undergraduate dental students at the National University of Singapore (NUS). The aim is to raise forensically trained dentists, to standby and augment the SAF Forensic Odontologists’ DVI efforts, in times of national civil emergencies.

All Singaporean male citizens and second-generation permanent residents are required to undergo a period of compulsory National Service in the uniformed services (i.e. the SAF, Singapore Police Force, or Singapore Civil Defence Force). Pre-enlistees from across all three uniformed services undergo a thorough examination at the SAF’s Medical Classification Centre, to determine their medical fitness, which in turns affects the type of vocation he would be assigned to. A detailed dental examination is undertaken as part of this medical examination, and in this manner, the SAF is able to capture the dental records for her entire orbat.

Specific to the SAF, the service personnel’s dental records are updated (i) during pre-deployment dental screening(s) (Figure 4), and (ii) at the point of leaving the service (Operationally Ready date). These dental records also serve as ante-mortem forensic records in the unfortunate event that they are required for this purpose. For example, there have been instances where the Singapore Police Force were unable to trace a missing individual’s dental records from either the public or private healthcare system and have, instead, approached the SAF Forensic Odontologists for assistance in retrieving the antecedent’s military dental records.

The SAF was the first institution in Singapore to adopt an Electronic Medical Records System (EMR) with the launch of the Patient Care Enhancement System (PACES) in 1994. Since then, there have been several upgrades to the system, the most recent being the implementation of PACES 3 on 1 Apr 2016. Within PACES 3, there is a customised Forensic Dental Module to compare and match ante-mortem against post-mortem records - a function that is similar in concept to the DVI System International (Plass Data Software) and WinID software. 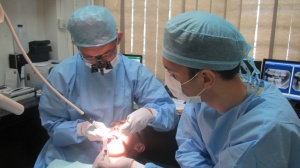 As an example of military-civil partnership, the SAF Forensic Odontologists also support the Nation’s Whole of Government approach to disaster and consequence management. As such, there is an impetus for the SAF to advance and strengthen its expertise in this niche area.

Disclaimer: The opinions expressed in this article are the personal views of the author and should not be construed as reflecting official policies of the Singapore Armed Forces, Ministry of Defence, or the Singaporean Government.