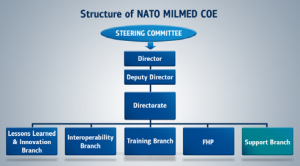 Spending a couple years working for NATO, one can surely see some major changes in the otherwise continuous transformation of the Alliance. Just as the tectonic shifts in strategic priorities the 9/11 attacks induced started to solidify and resulted in an Alliance focused on far-away deployments, the Ukrainian upheaval and the following invasion by the paramilitary forces of Russia induced a much older instinct in the Alliance. Yet again, this has re-calibrated the overall strategies along which NATO Nations develop their forces and altered the priorities NATO standing organizations (political level, Command Structure, specialized bodies, like centres of excellence) follow throughout their activities. Naturally, the bigger the ship, the harder it is to steer it in another direction, and it is not an easy task to truly understand how deeply the shift from a deployment-focused military to territorial defence means. Also, this change means that most likely the enemy is our peer in technology, organisation and in certain cases in numbers as well.

These changes have a very clear impact on the medical support of todays battlefield and logical conclusions on how the practicalities of that support should be realized. We have our calculations on requirements, on morbidity rates of peer-to-peer combat, as we were preparing to fight that particular fight for decades and while technological advancements altered the environment somewhat, we can still expect similar results, whether we call it territorial defence or hybrid warfare. 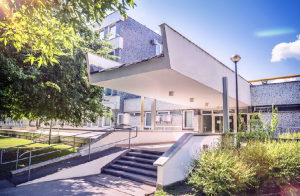 On the political level, we find only very concise guidance on how to proceed, as the Armed Forces Declaration states simply the following: “We will seek to enhance the sharing of best practices and lessons learned in support of our Armed Forces personnel and their families, including on our national approaches to providing medical care to injured personnel and support to families.” While it is laudable, that the declaration focuses on sharing of lessons and best practices, it is hard not to perceive the intense wordsmithing  behind, to make a promise that is not so concrete and relatively cheap to do. We may argue that going toe-to-toe with a peer-level adversary with nuclear capabilities is still very unlikely, as all rational actors are afraid of escalation, it is unadvisable to forget, that the basis of deterrence is still the capability itself and the willingness to use it. In terms of the nuclear weapons, we do have the capability, but these weapons are virtually undeployable, so one strategist may count on the possibility of a localised conflict, with a well-defined aim, without the fear of escalating it to apocalyptic levels. Also, in terms of non-nuclear forces, one may argue, that we have the will, but lack crucial capabilities to match our level of ambition, especially when we think about survivability of our troops in combat. Furthermore, while the quoted part of the Declaration has no reference on the actual quality of care, our most recent experiences about major missions like Afghanistan shows that the political leadership often expects (and rightfully so, if we can help it) that the medical care is at the level of the one the soldier may have received in the home country. In addition to that, medical support must cover the time before deployment, on the battlefield and after deployment as well, which is again, a very reasonable requirement, not to mention the various, human performance enhancement initiatives, as an additional task. Combining all these, we face multiple issues:

1. The jump in order of magnitude in terms of possible casualties.
2. The expected level of care.
3. The additional burden of family care and heightened expectations about medical support’s role outside of the battlefield.
4. The requirement to actually share lessons and best practices.

The expected level of care and various other requirements are clearly laid out in the Military Committee publication, MC 326/4 - Principles and Policies of Medical Support, that defines rather high baselines for medical support, such as ensuring the continuity of care, providing emergency care (including life, limb or function preserving surgery) regardless of the conditions, while keeping clinical guidelines and capturing & sharing best practices or lessons. While we heartfully agree with all these principles (and the rest of them too), it is easy to see even for a layperson, that during high-intensity combat, performing at the required level and maintaining the same quality that we got used to in asymmetric-warfare scenarios is going to be problematic with our current capabilities. At this point, we’d like to point out that everything we lay out here is well known in the medical community. We are painfully aware of the various capability gaps we face and to be fair, Nations are doing their best to mitigate these shortfalls to the best of their possibilities. 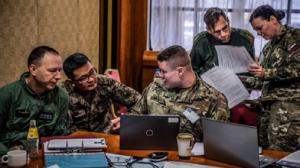 2018 MC endorsed Bi-SC Risk Assessment further analysed this issue and identified the following key areas, where we need to strengthen our efforts: Medical Support Management – Command, Control and Consultation, Medical Information and Intelligence, Force Health Protection, Military Health Care, Medical Evacuation, Medical Logistics. Now, this is a rather comprehensive list of main medical capabilities, and they are all identified as problematic areas. If we want to put the problem in very plain context, we have a situation, where a peer-to-peer or near peerto- peer conflict (with dimensions of hybrid warfare included) would likely to generate a casualty rate and a level of disruption at the same time (cyber-attacks, misinformation, biological/chemical warfare, limited-scale nuclear weapons) that no military or civilian healthcare system would be able to cope with it or provide the preferred level of care. While NATO still retains the largest and best equipped overall force in the world, and it is reasonable to say that in any conflict would probably gain the upper hand, it is on us, the military-medical community to sound the alarm about the disproportion in terms of medical capabilities, when we are making the plans to win such a conflict.

Nevertheless, there must be a way forward in any situation and this one is no different. The main ideas are refraining the ideas the medical community has been promoting for decades in some way or form. The main idea not surprisingly is that we must ensure an unprecedented level of interoperability, when it comes to medical support. One of the main characteristics of a new, more resilient medical support system 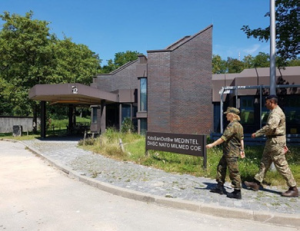 will have to be flexibility, so it can adapt and react to emerging threats. Also, this interoperability will have to include the civilian (state or private) health sector as well. As the Director of the NATO Centre of Excellence for Military Medicine (NATO MILMED COE), I’m happy to report that we are working on these very topics, offering a regular forum for Civilian- Military Lessons Learned sharing and on multiple facets of interoperability through standardization, concept development and experimentation. Also, we are here to test these ideas out in reality as well, being the organizers of the single largest medical exercise series in NATO, the Vigorous Warrior. During the last iteration, we have been operating in an Article 3/5 setting and heavily involved our civilian colleagues from the disaster relief area and from the civilian healthcare sector. Moreover, we are aiming for a more comprehensive Force Health Protection capability in the Alliance, developing tools for faster, symptom-based disease surveillance, that combines algorithmic and expert analysis of the incoming data to predict or early-warn about epidemics or other systematic ailments.

Nevertheless, we are painfully aware of the limitations of a unit comprised of less than 50 people. It is not our vision to solve these issues and as being catalysers, we know that the actual fuel for this process will have to come from somewhere else. Naturally, these resources, as always, are at the Nations’ disposal and they are careful on how to use them, as they should be. Therefore, one of the main tasks of the NATO MILMED COE will have to be to support the Nations, and the Surgeon Generals in their daily struggle to select the most critical areas for improvement, to provide evidence-based and expert advice for concepts and overall way-ahead, to foster a true multinational and civilian-military interoperability at the highest level and to be available for testing and validating the results.

What the Alliance will ultimately do about this is still being answered. In the meantime, as the Director of the NATO Centre of Excellence for Military Medicine, I can promise that the COE remains actively working on this, as our mission is to be the catalyser in the medical transformation of NATO.