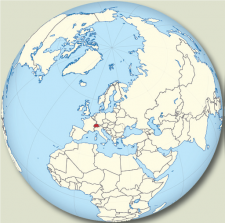 • Commissioner of the Federal Council – a position which includes the
two functions of head of the Coordinated Medical Services and head of
the Centre of Competence for Military and Disaster Medicine;

• medical advisor to the Chief of the Armed Forces and to the head of the
Federal Department of Defence, CivilProtectionandSport;

• responsibility for the medical and technical standards of the Armed
Forces Medical Service and of the Red Cross Service organisation
according to Swiss laws and civilian standards. 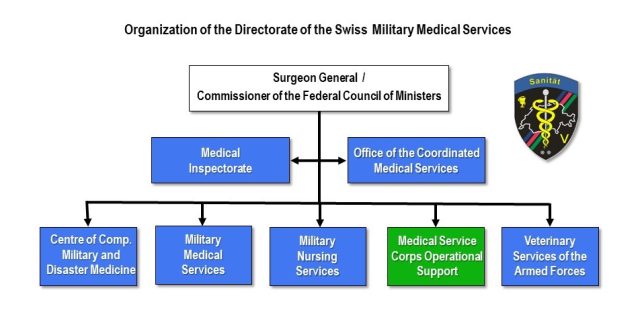 Directorate of Medical Services (212 pers.) in Armed Forces Staff with a pool of 2000 medical personnel (active reserve) for Medical Departments of barracks: 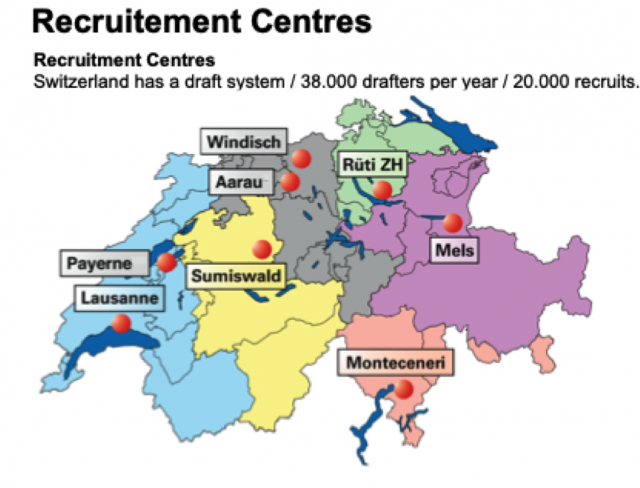 Centre of Competence for Military and Disaster Medicine (CC MDM)

• develops training directives and defines the content of military medical education and training    programmes in cooperation with civilian partners and military medical expert centres of the medical faculties of Swiss Universities;

• promotes and steers research in military and disaster medicine in cooperation with military and civilian    partners (e.g.universities); 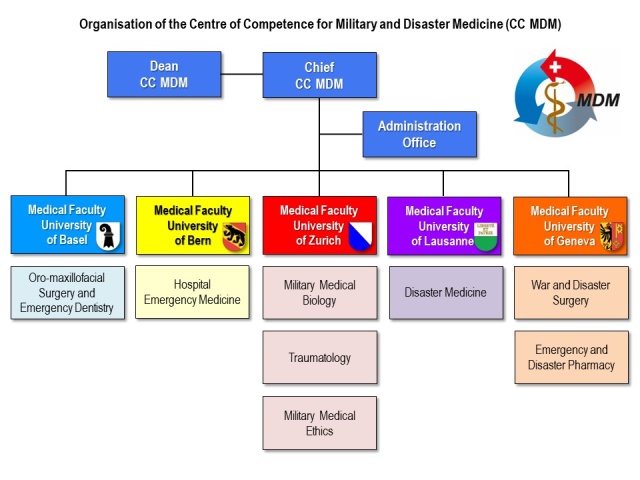 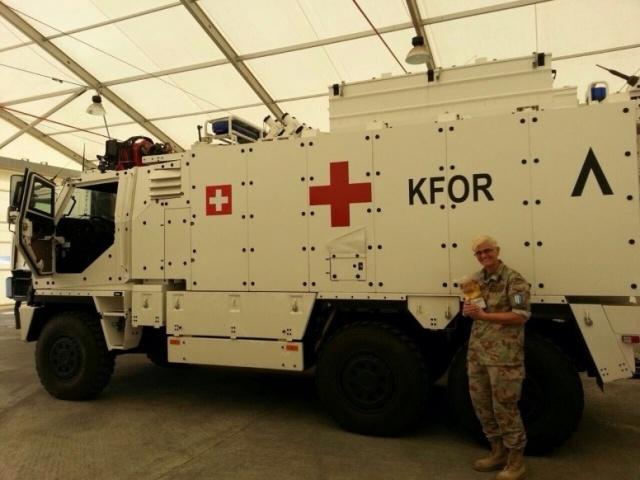 The Surgeon General is responsible for the Coordinated Medical Services (CMS). This is a permanent national network that plans and coordinates all available medical resources on a federal level (civilian-military cooperation) in the event of war or in disaster and crisis response situations. Various possible incidents could cause the public health care system to fail and would disrupt daily life. The CMS ensures that such situations can be resolved efficiently. The Surgeon General officially represents the Swiss Federal Council in his civilian role within the CMS, taking on the role of Commissioner.

• it is managed by the Surgeon General in his function as Commissioner of
the Federal Council;

• it is the permanent national network for the coordination and steering of all
national medical support assets in extraordinary situations of national
dimensions, major disasters and war;

• it is responsible for the permanent real-time overview of available civilian
and military medical resources;

• it develops the fundamental concepts for education and training of the civilian medical services in preparation for major disasters and emergencies and is responsible for the specialised communication and management network. 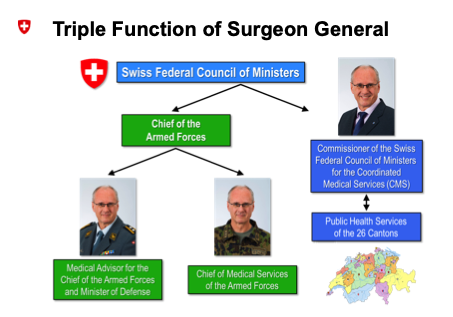 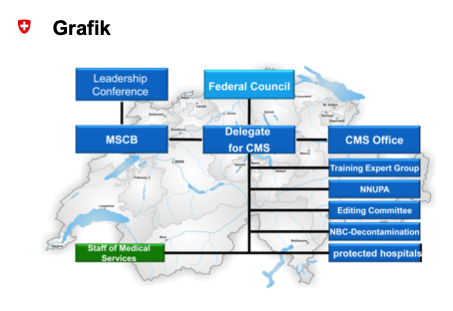 Other Special Aspects
The Journal “Coordinated Medical Services” is a periodic magazine for all partners of the permanent national network for coordination and steering of all national medical support assets. It is published two times a year. 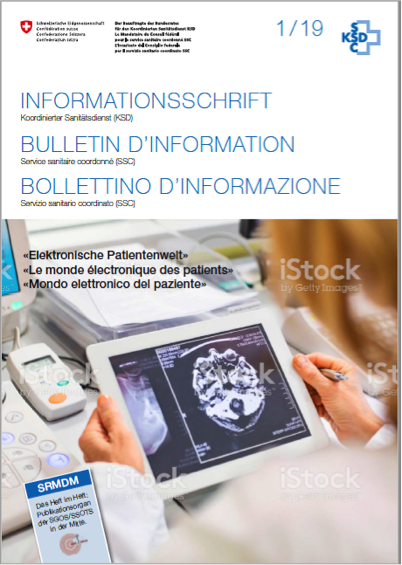