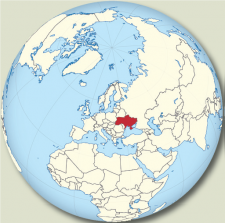 The Medical forces of the Armed Forces of Ukraine are the set of medical support command and control structures, military healthcare facilities, medical services and medical teams of the military units, education institutions with assets united with the mission to protect, maintain and strengthen the health of the military personnel. They are responsible for preventing disease occurrence and spread, providing medical care and treatment to military personnel from enlistment to retirement, and restoring combat capacity (medical rehabilitation) after wounds, injuries, and diseases.

The main tasks of the Medical forces of the Armed Forces of Ukraine are:

To perform these tasks, the Medical forces, in the mid-term perspective, have to:

The primary objective of the Medical Forces development is to achieve the required capabilities to deliver effective medical support and to enable the deployed forces to carry out their duties according to the scenarios of their employment to deter armed threats, as well as during their participation in peace support operations and the case of emergencies.

Since the beginning of the full-scale invasion of Russia, the medical service of the Armed Forces of Ukraine has faced a number of challenges. Adequately reacting to them and increasing the medical capabilities, the Medical Forces, in close cooperation with the Ministry of Health of Ukraine and other components of the Defense Forces, have taken the following actions: