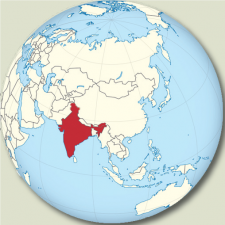 The primary role of the Armed Forces Medical Services (AFMS) is to maintain the Indian Armed Forces at the highest level of medical fitness at all times. The Indian Armed Forces are deployed across the entire country in varied terrain and extreme climatic conditions. They are subjected to a variety of health threats related to their environmental exposure and the nature of training and operational activities. The AFMS is geared to provide an all-encompassing package of preventive, promotive, and curative health services wherever troops are deployed. In addition to the serving soldier, the AFMS provides a comprehensive health care package to the families of the soldiers as well as to retired Armed Forces personnel and their families.

Such a comprehensive health care package includes primary, secondary and tertiary health care. This care is provided through a countrywide network of medical establishments ranging from basic Medical Inspection (MI) Rooms to state of the art tertiary care hospitals. An entitled patient entering the health care system at any level is provided complete care including an excellent referral system so that the optimum level of care required for each specific condition is made available.