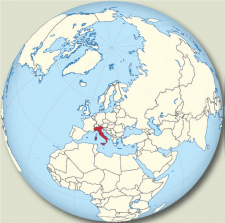 The Military Medical Service shall:
• Check the suitability of citizens for military service.
• Check the suitability of military personnel for unconditional military service.
• Take care of the health status of the military personnel.
• Ensure for the supply and fitting of technical materials and general service required in time of peace, war or serious international crisis.
• Any other legal requirement under the provisions of the present Military Code, regulations or by law.

(Currently, there is an ongoing reorganization process of the Military Health Services.)

Surgeon General
The Italian Military Medical Service is built on top of a joint body, formed by the General Inspectorate of the Military Health Services, framed within the Defence General Staff organization and it is the health policy-making body of the Chief of Defence.

Reporting directly to the Ministry of Defence, the Forensic Medicine Board is the supreme joint consultancy body of the State, in the field of forensic medicine cases. Each service – Army, Navy, Air Force and Carabinieri – has its own medical service that depends on the respective commands. 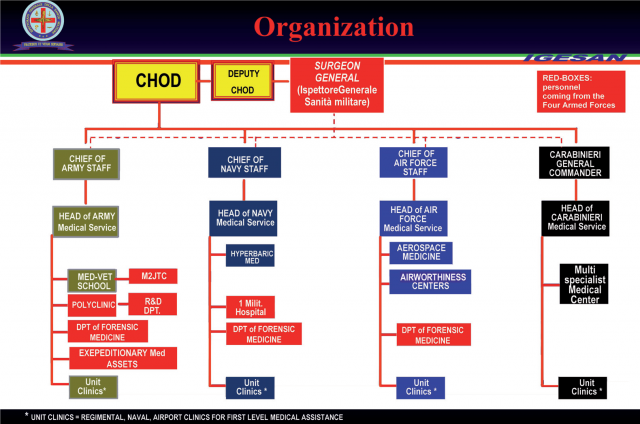 Training
Each Armed Force provides primary and basic training to their own medical personnel.

The medical functions of preventive medicine, forensic medicine, emergency medicine, stabilization and evacuation of wounded and sick, and occupational health, are insured by the medical services of the Armed Forces who are responsible for providing direct support to agencies and departments operating abroad. Medical functions related to the diagnosis, care and treatment, and suitability for military service are insured by the Military Hospitals. For missions abroad, medical facilities are defined from time to time by the Joint Operational Command, if it is a joint operation, or by the respective Service commands if it is a single service operation, in compliance with the provisions contained in the NATO publications MC 326/3 and related AJP 4.10 and AJMedPs. In particular, the tactical aeromedical evacuation is guaranteed by “combined” assets, which Italy participates to with rotary and fixed wings aircraft. For what strategic aeromedical evacuation is concerned, Italy has its own military means, in terms of non-dedicated aircraft but with medical equipment and teams on board, which provide, through the activation of specific procedures, the quick return to the home country of injured/deceased.

The Military Medical Services may enter into agreements with the Public Health organization for the exchange of medical professionals and for training purposes.

The Military Medicine Journal (Giornale di Medicina Militare – GMM) was established in 1851. It boasts to be the oldest military journal of Italy and is among the oldest still published military publications of Europe. Besides, it is very likely to be the oldest Italian periodical of Medical Sciences too. On its pages, it has reported achievements in medicine through over a century and a half. By reviewing military medicine studies and experiences, it has diachronically transformed itself reaching the quality standard of the best Italian and foreign specialized magazines thanks to the contribution of prominent medical figures. 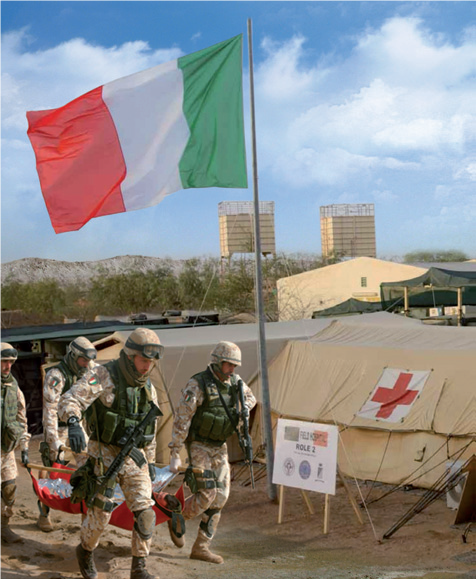 Until today the GMM has been published, without interruptions, by the Ministry of Defence and handed out, free of charge, to the highest institutional offices, to all the Medical Officers of the Armed Forces and the National Health Service branches.

The GMM is handed out also to Italian Universities’ Rectors, Italian Embassies abroad and the foreign magazines of military medicine with which the JOURNAL cooperates and exchanges information.
The print version of the GMM has been recently joined by an on-line version that will allow global access to scientific, informative and commercial contents of the JOURNAL. Back issues of the print GMM can be found in the JOURNAL.