Netherlands, Kingdom of the 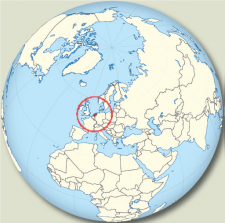 Basic Task of the Medical Service

The Defence Healthcare Organisation consists of ten centrally organised healthcare providers and staff. The organisation employs approximately 1350 men and women and provides healthcare services for all the branches of the forces in the Netherlands and abroad. The services include first-line healthcare, dental care, central hospital capability, rehabilitation, blood provision, clinical specialist teams for deployment, medical logistics, and initial education for medical personnel. The commander of the Defence Healthcare Organisation is also the Surgeon General of the Netherlands armed forces.

The operational Role 1 and 2 assets are decentralised and under full command of ARMY, AIR FORCE and NAVY.

The Royal Netherlands Army has medical personnel incorporated within their 3 brigades (11 AirMobile Bde, 43 Mechanized Bde and 13 Light Bde). Each brigade has a dedicated medical company with assigned Role 1 assets. All Role 2 assets are centralised in a single service management unit residing under the Land Operations Support Command:  400 Medical Battalion (400 MedBn). This battalion has the possibility to deploy 4+4 Role 2 facilities for sustained operations or can combine this capability for a high threat-level operation not only for the Army but for Air Force or Navy as well (including Role 2 AFLOAT). 400 MedBn can provide personnel to augment medical task forces, Medcell, PECC’s, etc. There is a separate medical branch at Army HQ, headed by the Army Surgeon General. The Army medical services have a total strength of approximately 1100 service members.

The Royal Netherlands Air Force has aviation medical capabilities for AEROMEDEVAC and STRATEVAC tasks, holding capabilities for Air Force deployable units. There is casualty station capacity within their casualty staging units (CSU) and they have search and rescue (SAR) assets for domestic tasks (in cooperation with the Navy). There is a separate medical branch at Air Force HQ, headed by the Air Force Surgeon General. The Air Force medical services have a total strength of approximately 140 service members.

The Royal Netherlands Navy has maritime medical capabilities for their vessels (Role 1 and Role 2F). Role 2 capability can be stationed on the prepared facilities of the 3 Netherlands Royal Navy Joint Support ships. The Role 2 facilities will be staffed and equipped by 400 MedBn and surgical capacity from the Defence Healthcare Organisation.

Furthermore, the Netherlands Royal Marine Corps has Role 1 capabilities for amphibious operations available and can rely on landbased Role 2 support from 400 MedBn. There is a separate medical branch at the Navy HQ, headed by the Navy Surgeon General. The Navy medical services have a total strength of approximately 120 service members.

The Royal Netherlands Marechaussee (military police) has a separate medical branch, headed by the Marechaussee Surgeon General. They have some dedicated medical personnel to support military police operations but will be mainly supported by the commands they are deployed with.

The Central Military Hospital is located in Utrecht and has approximately 30 regular beds. All regular inpatient and outpatient specialisations are available within the military hospital or obtainable from the collocated University Hospital Utrecht. The Central Military Hospital, in conjunction with the university hospital, also provides a (sheltered) major incident hospital with a capability of 200 beds. This major incident hospital also has quarantine facilities available. This hospital is a unique capability within the Netherlands and can be operational within 30 minutes. This hospital concept has proven its worth over many years for disaster relief and major incidents. 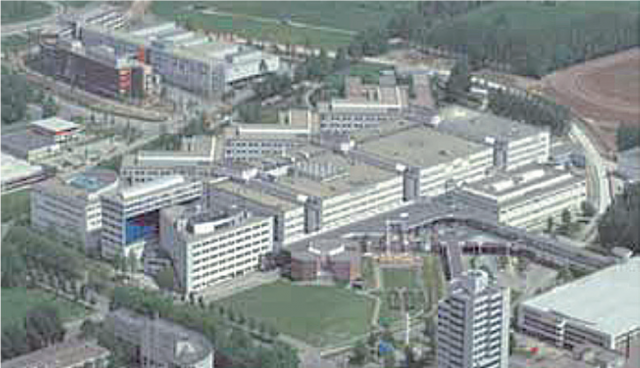 The Military Rehabilitation Centre is located in Doorn and has capacity for 80 inpatients and a number of outpatients. The centre also receives civilian patients and has state of the art training facilities at its disposal. It also has its own orthopaedic workshop.

Centre for Man and Aviation

All military medical personnel attend the DMETC for initial military medical education and training. This institute is focussed on the military application of healthcare, training of medical modules and provides knowledge management as medical centre of excellence.

Institute for Defence and Partnership Hospitals

The Netherlands Armed Forces have a unique concept to generate surgical capacity from the civilian market. By formally partnering with civilian hospitals, the Armed Forces pay for additional personnel at civilian hospitals. During periodical placements, they train civilian personnel with a military reserve status and utilise pre-planning and contracts in order to use these teams for missions and training purposes.

A small staff residing directly under the Defence Healthcare Organisation ensures ‘just in time’ and ‘just enough’ surgical and medical specialists for exercises, missions and operations.

The total strength of NLD medical service members is approximately 2800 men and women, consisting of approximately 950 civilian and 1860 military personnel.

In addition, medical services support various exercises throughout the world.

The Netherlands armed forces are very internationally orientated and have several cooperation initiatives with other nations, including military healthcare. The main effort is focussed on further cooperation and synchronization with all NATO-countries and specifically with Germany, Belgium, Luxemburg, United Kingdom, Canada, Norway and the United States of America.

The NLD Military Healthcare Service highly depend on support by the civilian healthcare organisations. Specialist teams are recruited and deployed by a specific military agency and specialist medical personnel support military medical education and training as reserve officers and reserve non commissioned officers. The interaction with the civilian sector will increase even more as we strive to ensure the required medical quality. This will be achieved by embedding military medical personnel in civilian healthcare organisations for periodical training.