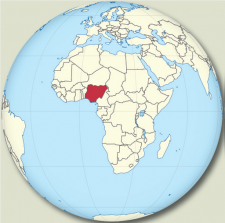 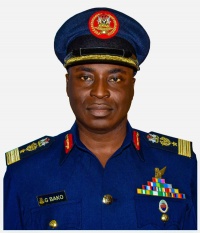 The basic task of provision of medical cover for military operations and exercises and peace support operations at home and abroad is carried out by the individual medical services of the Army, Navy and Air Force. The Armed forces Staff hospital in Kano (AFSHK) Nigeria provides a tertiary tri-service health care facility for the Armed Forces of Nigeria. Its current status is that of UN level 3 facility with a tilt towards trauma care.  Defence Health Maintenance Limited provides a comprehensive medical insurance for all armed forces personnel and their families.

The Nigerian Armed Forces are composed of three services - Army, Navy and Air Force. Each of the three services has a Service Chief and the Office of Chief of Defence Staff coordinates the joint activities. The Army, Navy and the Air Force each have a corresponding Medical Corps/Services and headed by the Corps Commander Medical (Army) and Director Medical Service (Navy and Air Force).

Medical facilities of secondary and tertiary levels run by the military include: 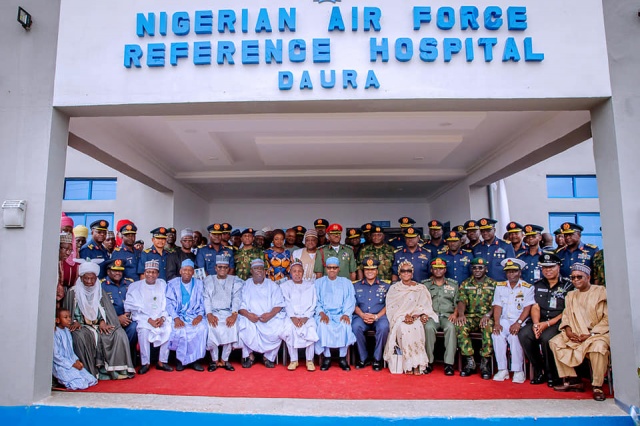 The Nigerian Army and the Navy each has a school of medical sciences for the training of middle-level health care personnel. At the Referenced and Divisional Level Hospital advanced and high level training of personnel are conducted. The Nigerian Army has a College of Nursing for an award of Higher National Diploma in Nursing. The DHQ has a DNA research/analysis laboratory in Abuja and the Armed Forces Blood Transfusion Centre at Port Harcourt.

All the facilities are open to military and to civilian clients and patients.

Members of the Nigerian Armed Forces medical services have vast experience in Peace Support Operations (PSOs) with the deployment of two-level 2 hospitals in Sudan and Mali and the 44 Nigerian Army Reference hospital, a UN level 4 hospital  at Kaduna. It has played a key leadership role in ECOMOG operations in Liberia and Sierra Leone and presently is the largest contributor of troops from Africa and second-largest in the world for UN operations.

The medical personnel have taken part in UN/AU medical missions in Congo, Lebanon, Sudan, South Sudan, Sierra Leone, Liberia, Ivory Coast and Mali and currently a major portion of the Nigerian Military medical personnel’s are deployed in the North East part of the Country, taking active roles in all the Operations been conducted to combat the activities of the Boko Haram Islamic terrorist. 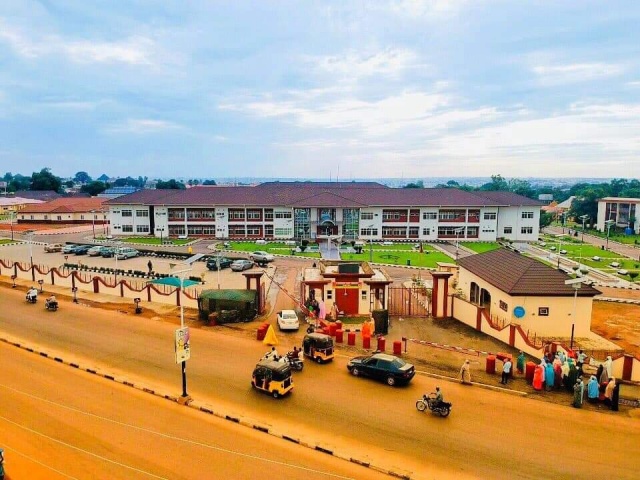 There had been considerable efforts to expand the capacity of the military hospital in the country. The 44 Nigerian Army Referenced Hospital in Kaduna had been upgraded to considerable high level with modern state of the arts equipment’s and gadgets. It has served as a tertiary centers for the conduct of specialist advanced surgical operations to meet the increased need of such service because of the current operation in the North East of Nigeria. In response to the increased incidence of Post-traumatic stress disorder and other mental health problems in troops, the Psychiatry department of the 44 NARHK under the leadership and guidance of Col O Adole, had been upgraded to International Standards.

The armed forces medical services in the three services , Army , Navy and Air force had response to the current Covid -19 pandemic by upgrading ICU  facilities and been actively in the front in all of the preventive and therapeutic measures to  reduce the impact of the diseases in Nigeria.