Spotlight on an Eventful History

In the year 2016, the medical service of the German Bundeswehr celebrated its 60th birthday. Based on selected aspects and their historical classification, the following article acknowledges the remarkable development of the Military Medical Service of the Bundeswehr from its beginnings in 1956 until today. 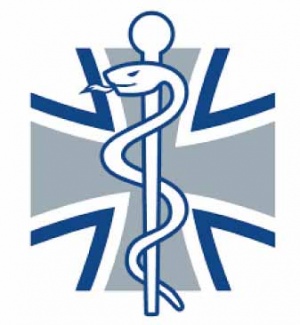 The end of World War II in Europe with the unconditional surrender of May 8, 1945 meant not only the end of the National Socialist tyranny for Germany, but also the dawn of an uncertain future. After Germany had been destroyed and divided up into two states, the post-war era was dominated by social, political and economic reconstruction. This was true not only of the young Federal Republic of Germany as a Western-style democracy, but also of the German Democratic Republic, a Socialist dictatorship, which had been founded on the territory of the Soviet occupation zone.

The efforts to achieve reconciliation and European unification in the foreign and security policy of the Federal Republic of Germany were characteristic of the 1950s after the trauma of the Second World War – and quite successful. However, the Cold War and its associated proxy wars, such as the Korea war, demonstrated how fragile and vulnerable world peace and peace in Europe still were. The inner-German border, which ran almost 1400 km through the heart of Germany and separated the Federal Republic of Germany from the German Democratic Republic, also became the obvious symbol of the division of the world and a fragile balance of deterrence between the two Alliance systems of NATO and the Warsaw Pact.

Against the background of this political climate, West Germany rearmed – resulting in fierce controversy in some cases both among politicians and other areas of society: on May 5, 1955, the occupation statute came to an end with the Treaty of Paris, and the Federal Republic of Germany became a member of the Western European Union, a Western European military assistance pact. This was followed a few days later, on May 9, 1955, by the accession to NATO and the first voluntary soldiers of the young Federal Republic of Germany were sworn in at the Bonn Ermekeil Barracks on November 12, 1955 – this event is considered to be the birthday of the Bundeswehr, so that its 60th anniversary was celebrated last year. However, the Military Medical Service was only founded and developed in the following year by a decision of the Defence Committee on April 11, 1956.

Development of the Military Medical Service

It is noteworthy that the establishment and development of this Military Medical Service was not only closely followed by the civilian medical profession, but actively supported. In the crucial years of 1955–57, the “German Medical Assembly” and the “National Working Group of the West German Medical Associations” repeatedly called for the new German armed forces to be provided with an appropriate Military Medical Service, an independent Department at the Ministry of Defence and their own Head of the Military Medical Service. Consequently, the so-called “Inspectorate of the Medical and Health Services” with its own Surgeon General was established in 1957 at the Ministry in addition to the Command Staffs. A controversial question was whether the military doctors, dentists, pharmacists and veterinarians should serve as medical officers, civil servants, employees or panel doctors. It was argued, for example, that with a civil status the doctor could concentrate better and more independently on his or her medical duties because he or she was not included in the military hierarchy. In the said meeting of the Defence Committee, not only was the Military Medical Service as such finally established, but it was also unanimously decided to give military doctors the status of “medical officers”. The same status was also specified on July 10, 1957 for dentists, pharmacists and veterinarians. 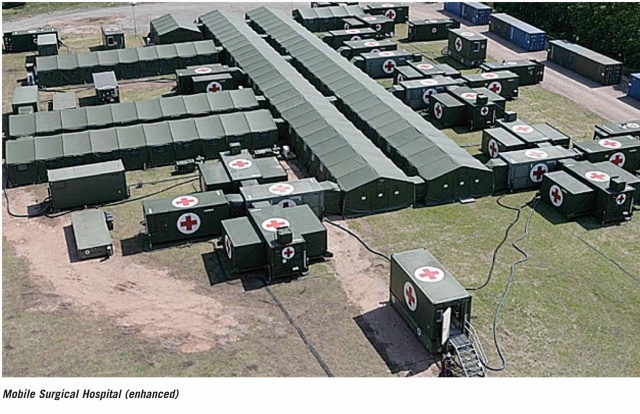 The development and expansion phase of the late 1950s and 1960s was marked by the establishment of the Military Medical Service structures such as the Bundeswehr hospitals, the Medical School of the Bundeswehr, the Wehrmedizinalamt (“Army Medical Office”) of the Bundeswehr in Bonn and various institutes, the reserve hospital organisation and others. In the following decades, the 1970s and 1980s, the Military Medical Services of the various armed forces – but especially the army ­– were again reclassified and adapted to the specific challenges of the time, as well as the underlying military concepts.

One problem which was a common thread running through the history of the Military Medical Service in the first few decades in particular was the poor staffing situation, particularly among the medical officers. On occasions the number of personnel available was more than 50% below the planning target. Medical care often had to be provided by civilian panel doctors, as well as doctors, dentists and pharmacists undergoing basic military service. The personnel situation only became less fraught before returning to normal with the graduates who had studied as Medical Officer Cadets (a profession which had been introduced in 1969 – from 1973­–74 on with study place allocation) from the late 1970s. Today, this career is still the method by which the provision of a sufficient number of well-trained Medical Officers is guaranteed. Since 1989, women have also been employed as Medical Officer Cadets, in the same way as the careers of non-commissioned officers and teams in the Military Medical Service were finally opened up to women in January 1991, as a result of which the Military Medical Service paved the way for equal opportunities for women in the Bundeswehr.

New Challenges in a New Time

On the one hand, the end of the East-West conflict and the dissolution of the Warsaw Pact had brought about a fundamental positive change in the security situation, which was characterised by the idea of an alliance and national defence. On the other hand, the changed role of the Federal Republic of Germany in the international community, the wider security interests, the terrorist threat and all international operations associated with these determinants meant that the Bundeswehr and its Military Medical Service were faced with new challenges.

The so-called “Two-Plus-Four Treaty” (“Treaty on final settlement with respect to Germany”), which was signed on September 12, 1990 in Moscow between the two German States and the victorious powers of the second World War - France, the United Kingdom, the Soviet Union and the United States - was undoubtedly of crucial importance for the future of Germany and therefore also the German armed forces. This treaty formed the basis of German reunification and created, inter alia, the State sovereignty of Germany.

For the Bundeswehr this resulted within a few years in a reduction in the number of personnel in the reunited Germany from the approximately 495,000 servicemen and women (and the approximately 90,000 soldiers of the NVA remaining at the time of the accession of the German Democratic Republic) to a total of 370,000. Further structural reforms and reductions to the current level of around 180,000 servicemen and women were to follow in several stages during the following two decades, even resulting eventually in the suspension of conscription in July 2011.

This restructuring in the military sphere and reductions in terms of civilian employees, the closure of offices and sites, major efforts in the field of materials management and other challenges also affected the Military Medical Service. They were carried out “during normal operations” – and that at a time in which there was a significant increase in tasks and missions: the supply of essentials to the soldiers at the various locations and during deployments could not be suspended even during large-scale restructuring measures. Furthermore, the deployment scenarios placed great strains on the Military Medical Service in particular, especially during the early years of the Bundeswehr’s international commitments. Although the Military Medical Service had been involved in human relief operations more than almost any other area since the inception of the Bundeswehr – one only has to remind oneself of the earthquake aid in Agadir/Morocco in 1960, in 1976 in Turkey, in 1980/81 in southern Italy and in 1990 in Iran, as well as the “Kurdish relief operation” in 1991 after the Iran-Iraq War together with other units – the new range of tasks of the German armed forces within the framework of its alliance obligations and international peacekeeping, where the Military Medical Service had a pioneering role, represented a new dimension in terms of medical, organisational and structural changes in spite of the experience that had been acquired.

There is no doubt that at the beginning of the new century, one highlight of these structural changes, as well as the history of the German Military Medical Service, was the establishment of the independent organisational area of the “Central Military Medical Service of the Bundeswehr”: today, the Military Medical Service (with the exception of a few specific components in the various armed forces) acts independently under the umbrella of the Military Medical Service Command of the Bundeswehr in Koblenz. In spite of all the reforms and adaptations to the challenges of our time, however, it became clear in a mission statement that was put into force by the Surgeon ­General, ­German Bundeswehr, on July 8, 2015 that there is one value which is not negotiable, but which survives all changes – the humanitarian task which is also expressed in the title of the mission statement, namely the “Commitment to ­Humanity”.

In the 60 years of its existence, the Military Medical Service of the Bundeswehr has undergone both a structural and a technical development from a specialist service that was initially shaped during its development stage by the experiences of the Second World War and – repeatedly adapted to the current challenges – has been expanded into a modern, independent organisational area. After reunification in particular, with its new challenges for the Military Medical Service in terms of caring for servicemen and women not only during basic operations, but also the various deployments, a high standard that is recognised both nationally and internationally was achieved. Even so, this does not mean that we can sit back and rest on our ­laurels, but instead represents the demands placed on our ­Military Medical Service of the future.