From Trauma To Recovery: Treatment at DMRC

This article is to give an overview of how British Armed Forces mental health care is structured and give some background data for mental disorder in the UK Military; to explain the working model of the Defence Medical Rehabilitation Centre (DMRC) Headley Court and to present some of the work of the mental health team at DMRC.

Mental health services for UK armed forces personnel are delivered in a community based model through Departments of Community Mental Health (DCMH). There are 16 of these through the UK, with others in Germany, Gibraltar and Cyprus. The team are multidisciplinary with psychiatry, psychology, mental health social work and mental health nursing being included. Each DCMH covers a geographical area and sees patients after referral from general practitioners (GP) at military medical centres. DCMHs assess and treat common mental disorder and make occupational recommendations to facilitate management by the GP. If a person requires inpatient admission this is arranged using an inpatient service provider (ISP), usually a local NHS hospital.

The requirement for military mental health services is to support the deployed role of the British Military. Information about mental health and stress is briefed as part of the deployment cycle. Trauma Risk Management (TRiM)[1] is a chain of command function to systematise peer-to-peer support throughout deployment and is thought to be a good model for reducing stigma regarding mental disorder in the Armed Forces. Whilst deployed the Field Mental Health Team assess and help manage emotional symptoms and mental disorder whilst and make occupational recommendations to the chain of command. This would specifically be about capacity to carry weapons or stay in Theatre. Post deployment there is a decompression period in Cyprus; usually a 1-2 day break giving the opportunity to get cleaned up, have an alcoholic drink and relax before arriving back at home. The decompression period includes systematised briefs about stress, post traumatic stress disorder (PTSD) and other common mental health problems and explains where to get help. If you deploy without your unit, or are brought home early for whatever reason then there is a compulsory coming home brief to include common mental health symptoms. Compulsory screening questions have been added to routine physical screening and when leaving the military. These practices demonstrate a wrap round capability to give information about mental disorder to service personnel, focussed on deployment but attempting to capture people at vulnerable transition points.

The mental health presentations at Headley Court are those of life and ambition altering conditions through illness and injury. There is an adjustment process, with episodes of depressive disorder, phobic symptoms and anxiety disorders. For some there are trauma symptoms, alcohol and substance misuse as well as brain injury. The task of the mental health team is to understand that person at that life stage, in that uniform with that injury and support them in their rehabilitation by assessment and treatment of their mental disorder and by accurate liaison with the wider Defence mental health community.

The mental health team reviewed their recent PTSD treatment data in an audit. Over a year period from December 2012 to December 2013 the team treated 166 patients. Of whom 72 had a diagnosis of PTSD or Post Trauma Symptoms (43%). All of those patients had been given a full course of treatment with EMDR or trauma focussed CBT and all were known to DCMHs. This demonstrated that the mental health team at DMRC has effectively joined up the physical and emotional care of the patients within physical rehabilitation and the wider Defence Mental Health community.

This article was to present the working models for UK Defence Mental Health Services and UK Physical Rehabilitation for UK Armed Forces at DMRC, giving some additional information and illustrating it with the PTSD audit from 2013. This is to demonstrate the integration of mental health within physical rehabilitation and throughout Defence in the UK.

[3] Forbes et al. What are the effects of having an illness or injury whilst deployed on post deployment mental health? A population based record linkage study of UK Army personnel who have served in Iraq or Afghanistan. BMC Psychiatry 2012, 12:178 doi:10.1186/1471-244X-12-178 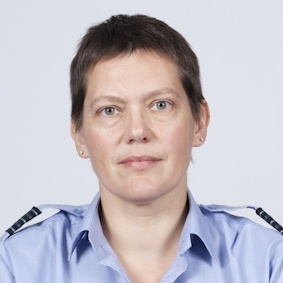