The Central University Military Hospital(CUMH) was founded 83 years ago, on September 26, 1929. Itisone ofthe mostimportantmedicalinstitutionsin Albania for tradition,experiencecreatedduring many years of operation, and contributing notably to the development of Albanian military and civilian medicine.

The Hospital is located in the North-West of Tirana, it occupiesan area77.405 sqm andplentyofgreen. 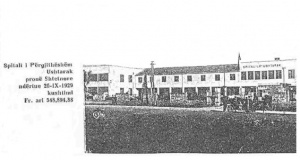 The History of the Military Hospital originates at the time of the Albanian Kingdom of King Ahmet Zog. It was built in September 26, 1929 at the cost of 548.894,88 gold francs. The first director of the hospital was LTC Dr. Jani Basho (1892-1957), who graduated with “excellence” and the title "Doctor Unicus Medicus" from the Austrian University Vienna in the branch obstetric-surgery. After returning home, he was appointed chief of the health department in the National Defense Command, director of the Military Hospital (1929-1935) and personal physician of King Zog. In Albanian medicine – both military and civilian - Dr. Jani Basho is well remembered, his name   associated with the construction of military and civilian hospital projects referring to plans that had been designed by the Viennese architect Köhler and which he had brought from Vienna in 1927. The original military hospital was constructed as a two story building in the location of today’s civil surgery hospital next to the University Hospital Center “Mother Theresa”. The Military Hospital was a very distinguished conspicuous building, built in style of that time, as described in the album “10 Years Albanian Kingdom”: The Military Hospital of the Capital where hundreds of soldiers were healed, the valuable sons of this Fatherland. It has a long and broad corridor that connects well-lighted comfortable rooms.

The General Military Hospital, even after liberation, continued its intensive activity in the same premises until 1957, when it was transferred to its current position at Laprake, in an building of similar age (1930). This building looks back on several purposes: Its first designation was that of an orphanage, after the war, it served the 1st Army Corps as Headquarters, later it was used by the Military School and, since 1957, it contains the  Military Hospital. After the transfer to Laprake, the hospital had an in-patient capacity  of 400 beds in the main building plus 50 beds in a trauma pavilion. On the second floor, the  Surgical department was located with 45 beds and the central operation theater with two operation rooms.

The Military Hospital, today Central University Military Hospital (CUMH), is not only one of the most important medical institutions in the country, its numerous medical personnel who have trained and specialized in this institution have created a remarkable tradition in the development and modernization of Albanian medicine.

CUMH remains the only representation of military medicine in the Armed Forces (AF). After 1990, the changes in its structure and adaptation to the changes and developments in the Albanian Army and with the NATO assistance, it not only fulfills the mission in support of the AF, but also by treating poly-traumas nationwide and, in accordance with the mission of the Armed Forces, by assisting the civilian population in case of disaster. 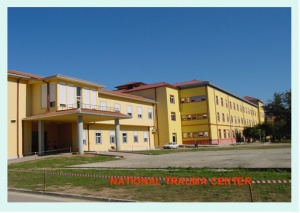 NTC plays the main role in the management of urgent and polytraumatic patients at national level.

Since the focus of public observation is sensitive regarding medical care, the responsibility of all leaders and the entire directing staff and its medical and non medical personnel, is for maximum efforts to treat all urgent cases. Poly-trauma, however, proves a particular challenge to the health system in Albania, in this regard, the Military Hospital has successfully demonstrated discipline and devotion.

According to the standards of military medicine, CUMH is the highest institution of  medical support at the tertiary level (role 3) and fulfills the mission in:

Statistical data of the CUMH activity are quite significant and can not be compared to the medical institutions in the country. They demonstrate the full volume and capacity with which the institution operates. Its location at the intersection of national main roads coming from North and South "favors" the arrival of emergency flux, mainly of  automobile traumas. On average, the CUMH receives over 35.000 medical emergencies each year, with up to 9000 patients being hospitalized.

NTC plays the main role in the management of urgent and poly-traumatic patients at national level.

Surgery services, orthopedic and intensive care units complete the full profile of CUMH in mission and in its role as the second tertiary hospital in Albania. Its personnel trains and prepares medical teams for emergency medical care at home as well as on missions. Scientific and pedagogical activities with students and post-graduates complete the image of the advanced medical institution.

The hospital plays a significant role in the field of treatment of internal diseases for military, ex-military and their families, but also in education and research.

The MMI follows the CUMH mission as a unique and specialized institution in the field of medicine in the Armed Forces for: 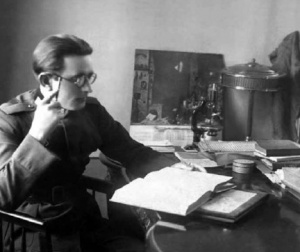 Restructuring and modernization of the CUMH required considerable funds allocated by the Ministry of Defense. Many great contributions by NATO countries must not remain unmentioned, which, together with the MoD funds, made it possible to completely transform the military hospital. We are particularly grateful to:

Greece for the reconstruction of the Ambulatory Service with new and modern equipment, and for training of the medical personnel

Germany for assistance with radiological equipment, surgical equipment and training of many doctors and nurses especially in the field of surgery and imagery

Turkey for assistance with equipment and ambulance service as well as for training of personnel at high staff and university level at Gata Military Medical Academy in Ankara France for assistance with training of the medical staff in surgery, anesthesia, intensive care, aviation medicine, tropical medicine etc. as well by providing French language courses.

“The reduced number of soldiers will not result in reduced health challenges. Instead, contemporary conflicts increase the demands for extensive knowledge within military medicine”

During more than five decades since the rebirth of this vital institution, many generations of doctors and medical support staff have done everything to continuously improve standards, composition, dimensions and level of service, training and qualifications of personnel and by fulfilling the challenging task honoring the name and the image of this hospital in the eyes of its patients and all Albanian people. Honoring this exemplary effort, on the 24th of September 2009 the President of the Albanian Republic awarded the CUMH  the Order "Mother Teresa".

References with the author

Address of the authors: