From 6 to 8 October, the Centre for Higher National Defence Studies (CESEDEN) hosted the First European Union Congress on Military Health Services. The event was inaugurated by the Undersecretary of Defence, Amparo Valcarce.

The health crisis that our societies have suffered in recent months has once again demonstrated the value of the Armed Forces in supporting the civilian population in any emergency situation. As part of this contribution, the Military Health Services of the European Union nations have proven to be an effective instrument in supporting the actions taken by States in these situations. 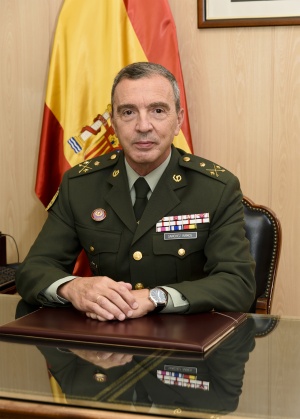 Every crisis is also an opportunity to learn lessons for future improvements. A reflection on what has happened in a type of crisis that knows no borders is especially useful when there is greater collaboration and a shared vision across the European Union. Therefore, under the motto Ubi concordia, ibi victoria (Where there is unity, there is victory), the EU Congress on Military Health Services came into being with the aim of serving as an example of the importance of this synergy.

The Foreign Affairs and Defence Council held in November 2020 prompted the initiative to organize this Congress to discuss, reflect and share views on military health issues related to crisis response.

The Spanish Ministry of Defence strongly promoted this initiative, convinced of the timeliness and wisdom of its objectives and, therefore, offered to host the Congress. The response from EU nations and agencies has been excellent. A number of nations were represented by delegations headed by the Surgeons General or relevant personnel from their organizations. Likewise, the European Union Military Staff (EUMS) and the European Medical Command (EMC) —a project created some years ago under the umbrella of the Permanent Structured Cooperation (PESCO)— participated with keynote lectures of great interest to the attendees.

The organizers proposed for discussion a series of topics related to the support offered by the Armed Forces in the current situation. This way, thanks to the contributions of the attending nations and organizations, the Congress addressed issues that benefit from a common approach. These issues were structured in three scientific panel discussions: the role of EU Military Health services in support of civilian authorities during the pandemic; the operational challenges that states of uncertainty such as the current crisis pose to medical support; and the importance of strategic health stockpiles and the planning and implementation of preventive measures at European level, including vaccination plans.

The Congress was also a good opportunity to highlight the importance of cooperation with civilian organizations and between military health services at European level, as well as to exchange scientific information and enhance mutual knowledge.

Although most of the speeches and debates were held in person, the technical resources deployed by the CESEDEN meant that speakers and attendees who were unable to travel to Madrid due to the epidemic were able to participate freely via the Internet channel set up for this purpose by the organization.

The scientific program was complemented on 6 October by a visit to Torrejón Air Base, during which the delegations attended an in situ exhibition of some of the military capabilities useful for supporting civilian authorities during a health crisis. They also attended a drill that covered medical evacuation options under biosecurity conditions, carried out by different units of the Air Force and the Military Emergency Unit (UME). 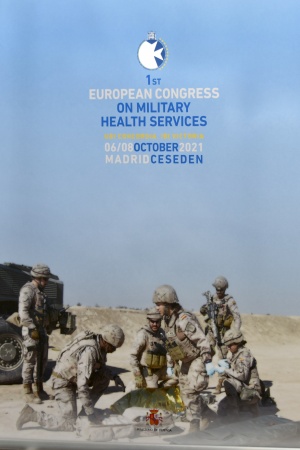 The Congress has yielded interesting conclusions, shared by the European Union member states. Among them is the consideration that the threat of pandemics and epidemics is a well-analyzed factor in various national security strategies. In reality, the only uncertainty regarding the cyclical emergence of health crises is their exact timing, an uncertainty that cannot therefore justify being unprepared in the future, unless one is willing to accept the dire consequences. Preparing for the next crisis should thus be seen as already underway, drawing on lessons learned from managing the COVID-19 pandemic.

It is also understood that, the more coordinated the implementation, the more effective preparation will be. It is therefore important to increase cooperation between EU military health services, reflecting this in our structure and organization, and to improve concurrent planning with all the authorities being supported.

Another reflection is that, although the links between health and security are well known, in this crisis they have become evident in reality, highlighting the importance of the Armed Forces being in a position to support other authorities, and ultimately the civilian population, in these emergencies. The Armed Forces represent a reserve that can guarantee an immediate response and can contribute to building strategic reserves for pandemics.

This readiness is very much appreciated by European society. It is also noted that, alongside the effort invested in the specific response to the crisis, the European Armed Forces have been able to implement measures that have enabled outbreaks to be controlled in their own forces, thus minimizing the impact of the pandemic on operations in order to continue to ensure security and stability.

Once the conclusions had been drawn up, the Spanish Surgeon General, Major General Juan José Sánchez Ramos, closed the Congress on 8 October with the wish that this first edition could be followed by other future editions in different European locations, until it was consolidated as one of the main meeting forums for European Union Military Health Services.