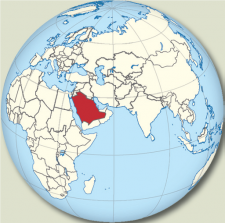 The Saudi Arabian Armed Forces Medical Services General Directorate (AFMSGD) has started simply as a small group in Al Taif in 1367 H (1947 G). It was called back into Army Medicine then and was composed of a dispensary with ten beds capacity. 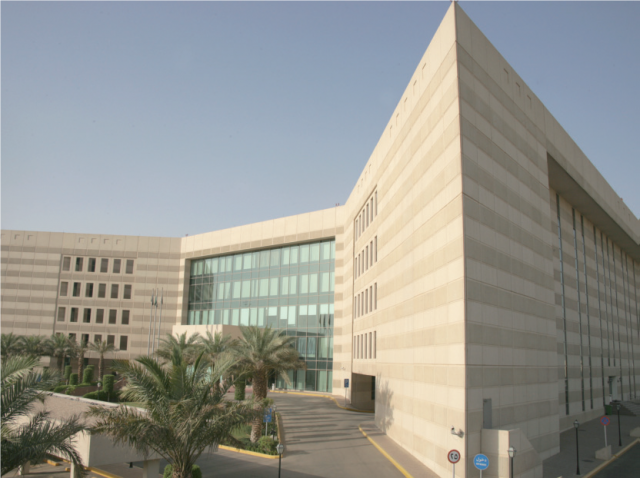 In 1370 H (1950 G), this small group has changed its title into Militarism Medicine, and in 1392 H (1972 G), a command was issued to adjust this title into General Administration of Medical Services of Saudi Armed Forces.

Since then, services of this administration were expanded to include all Armed Forces sectors in the Kingdom. A special budget was allocated to this administration, and its hospitals are being established around the kingdom until this day.

Hospitals
The AFMSGD operates 24 hospitals with a total bed capacity of 5215, these hospitals are located in all Saudi Arabian provinces, equipped with sophisticated medical equipment and provides highly specialized medical services. These hospitals are categorized into four different categories A,B,C and D with different bed capacities in accordance with the patient’s needs.

A large number of dispensaries and Health Care unites at the military points are supervised by these hospitals. The rating of these hospitals differs according to national and international standards in terms of the number of beds, specialities available and potentials. The Medical Services transfers any patient from hospitals lacking the treatment abilities to other hospitals that can provide suitable treatment for the critical cases which require rare specialities. By such services, the AFMSGD provides the ultimate health care standards for all its personnel, civilians or militaries along with their dependants in complete efficiency and proficiency. 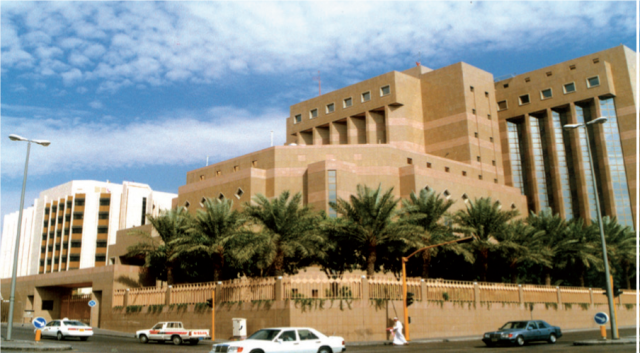 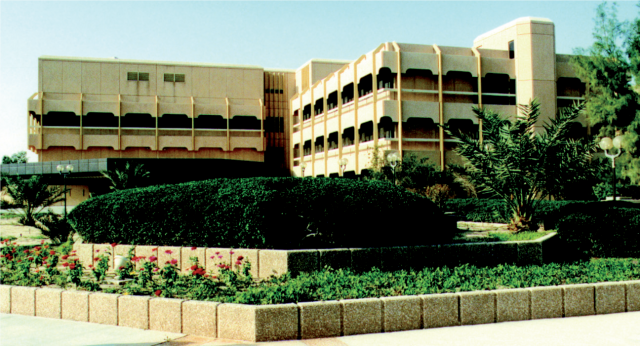 Institutes
In addition to hospital management, the Medical Services operate medical health institutes and colleges as well as operating the following divisions:

Aero Medical Evacuation
Their mission is to support the divisions of the armed forces in times of peace and war, transport patients and wounded people from armed forces hospitals and public hospitals to specialized hospitals, both inside and outside the Kingdom. It has a large fleet of helicopters and jet aircraft. The fleet covers the entire kingdom. It consists of the following types: 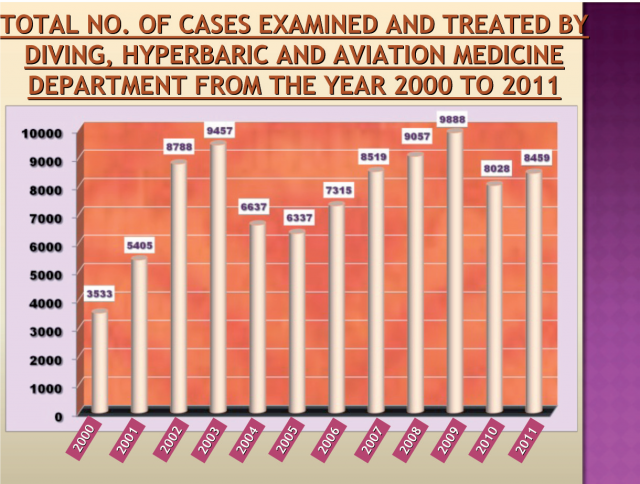 Training
The AFMSGD seeks to fulfil its needs for staff qualified to provide adequate healthcare by employing competent medical staff or through medical education and training at the educational facilities for specialized medicine. 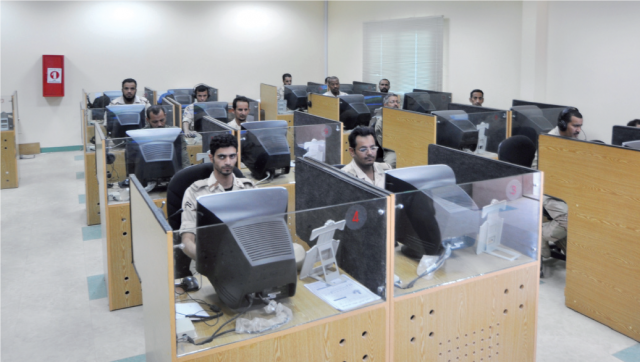 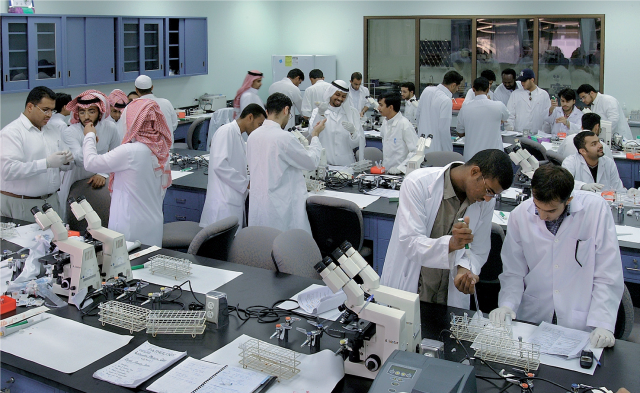 Over the years, the medical services directorate has established a number of educational facilities and training centres to qualify medical staff such as Prince Sultan Military College of Health Sciences in Dhahran, which is a certified college granting diplomas and bachelor degrees in a number of medical specialities (anaesthesia – nursing – laboratories – emergency medicine). In addition to granting Master's Degrees in the speciality of Medical Assistance. And also providing medical military courses such as aviation medicine course and diving medicine course.
Another establishment is Prince Abdurrahman Institute for postgraduate studies in dentistry. There are also other training and education centres in medical and military facilities which supervise medical fellowship programs held in hospitals under the supervision of the Saudi Commission for health specialities. They offer diplomas in a number of medical specialities such as renal dialysis, respiratory therapy, respiratory care, Cardiac programs, and Pharmacy. Furthermore, there’s Dhahran Armed Forces Aero-medical Centre which provides courses in aviation medicine.
Some of the AFMSGD responsibilities is to take into consideration improving performances and services. It is also moving forward in extending the best health care possible, for that it considers training, scholarships, seminars, and conferences among its highest priorities. The AFMSGD also considers strategies to be of great importance. It is obvious that medical training is essential in the development of competent medical and administrative staff.

The Centres and Schools of the AFMSGD
The school was founded in Al Taif 1377 H (1975 G). It was the starting point for providing military hospitals with trained medical technician staff. This progressed into developing new teaching methods, introducing epidemic and disease sciences, and also developing nursing and first aid techniques. This school had been transferred to Al Kharj area in 1414 H (1997 G) to be closer to the AFMSGD and the Armed Forces Hospital in Riyadh.

Nursing Institutions
Medical Services is supervising many nursing institutions at many hospitals. The graduates have been assigned to work in military hospitals according to their nursing or technical specialities.

The AFMSGD has been instructed by the Custodian of the Two Holy Mosques and His Highness the Crown Prince, Deputy Prime Minister and Minister of Defence and Aviation, Inspector-General to provide integrated medical service in all specialities and levels. The role of field medicine in the AFMSGD is to provide field medical care nationally and internationally in peace or war by immobilizing hospitals that are equipped with the latest medical preparations and a highly qualified medical staff trained to work in the field. The field hospitals, participate in national events to serve the nation and the citizens and to acquire the skills and training required for the employees involved.
In addition, they participate effectively in humanitarian and relief campaigns of the brother and friendly states affected by wars or natural disasters.

On this basis, there were many humanitarian tasks that were under the responsibility of the field medicine department in the AFMSGD at the domestic level under the guidance and support of His Highness the Crown Prince, Deputy Prime Minister and Minister of Defence and Aviation, Inspector-General and his Deputy and HRH Assistant Minister of Military Affairs to conduct Prince Sultan campaigns in primary health care to various regions by conducting three campaigns each year. This had a great impact on the delivery of medical services to citizens and in providing them with primary health care. This also aims at surveying the field for any endemic diseases in all regions and reporting the statistics which will benefit the AFMSGD in its mission and assist the Ministry of Health in making the surveys.

In realizing the global role of helping countries and people affected at the national and international level, the government of Saudi Arabia is committed to working in all the humanitarian missions as the country of the Two Holy mosques. The field hospitals also participate at the international level. Under direct orders of the Custodian of the Two Holy Mosques, the Kingdom conducts relief campaigns in Arab countries and friendly states (such as Iraq, Lebanon, and Somalia). Recently, two field hospitals have been established in Pakistan for the victims of floods. The field hospitals of the AFMSGD have been classified by the international committee of the Red Cross as one of the best among the hospitals participating in Lebanon in 2006. The department of field medicine in collaboration with other departments in the AFMSGD shows powerful cooperation and partnership. The medical evacuation department has an extremely important role. It has highly equipped with aircraft and helicopters, which contribute significantly to the humanitarian services and saving lives, by transporting patients to specialized hospitals inside or outside the Kingdom, in addition to transferring organ transplant patients to any hospital in the Kingdom. 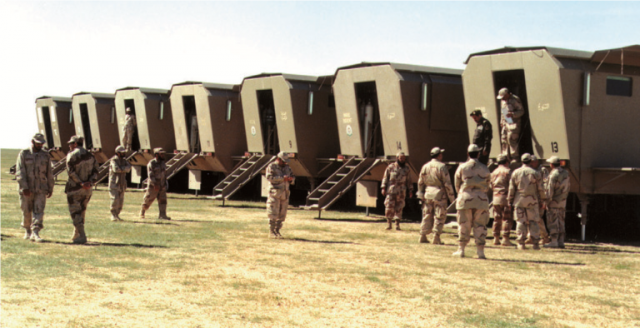 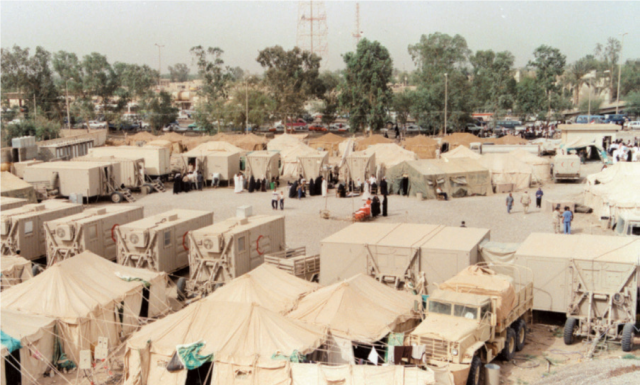 The medical evacuation unit covered the needs outside the kingdom, for example, it assisted those affected by the Bam earthquake in Iran, Iraq, Yemen, and in Gaza and Pakistan.

The Administration of the Armed Forces Hospital-Taif region participates in the humanitarian tasks of the AFMSGD by operating field hospital, several clinics, and emergency centres in hajj season. They are prepared to receive pilgrims and provide therapeutic health care services. The participation of the AFMSGD and other health sectors in the Kingdom demonstrates
its efforts in the humanitarian tasks nationally and internationally; under the constant support and guidance of the Custodian of the Two Holy Mosques and His Highness the Crown Prince in serving humanity.