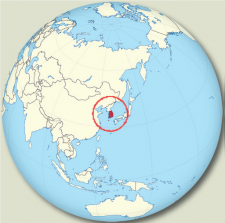 The Armed Forces Medical Command (AFMC) ensures the security and stability of the Korean Peninsula by maximizing the combat power through providing professional patient care and health improvement programs and contributing to the academic development of military medicine. AFMC was founded in March 1954 in Masan, in order to efficiently control a number of military hospitals established for casualty treatment during the Korean War. Since then, it has continuously systematized its organization and function, thus making itself more capable for immediate medical support in times of national crisis such as civil war and natural/man-made disasters.

AFMC and Armed Forces Medical Research Institute are in charge of scientific researches on various military medicine fields including CBRN warfare patient care, epidemiological investigation, anatomical pathology, and veterinary science. Armed Forces Medical School creates an advanced academic environment and develops new training techniques to foster the most qualified and the most competent medical officers so that they can be ready in both wartime and peacetime.

AFMC has been a major participant in various conferences including the International Military Medicine Conference (IMMC), Indo-Pacific Military Health Exchange (IPMHE, previously known as APMHE/APMMC) and Pan-Pacific Trauma Congress (PPTC). Moreover, it has successfully co-hosted the 19th APMMC in 2009. In 2013, AFMC wil further contributed to strengthening international relationship and cooperation by co-hosting the 23rd APMMC.