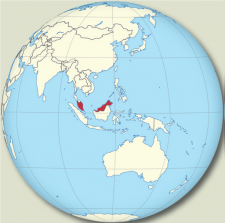 Battalion Health Centres
Each infantry battalion has its own health centre. This facility provides primary care services such as maternal and child health services, preventive medical care, laboratory services and a 10-bedded ward. The medical staffs under command of the unit comprise of medical officers and several militaries and civilian paramedics.

Dental Centres
Several Dental Centres are located in military camps at Brigade level. They are staffed by a Dental Team comprising of Dental Officers and Dental Auxiliaries. Dental services are also provided at the Armed Forces Hospitals, the Medical Battalions and on board of ships.

There are presently three Armed Forces Hospitals in the MAF, each providing between 150 – 200 beds. All these hospitals are well equipped with state-of-the-art diagnostic and therapeutic facilities. One of these hospitals also houses the Institute of Underwater and Hyperbaric Medicine which specializes in the treatment of diving-related injuries.

The Armed Forces Hospital in Lumut Naval Base 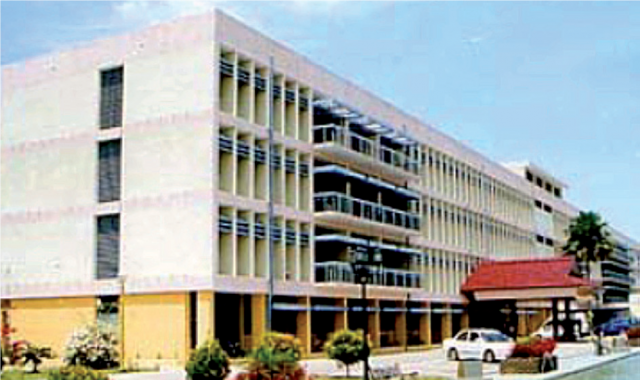 The Armed Forces Hospital in Terendak, Melaka (formerly known as the British Military Hospital for the Far East) 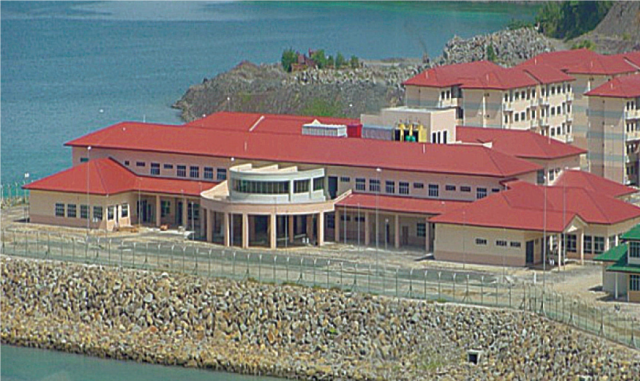 Institute of Underwater and Hyperbaric Medicine
In November 1996, the Institute of Underwater and Hyperbaric Medicine started its operation at the Naval Hospital in Lumut. Its primary role is to provide specialized services in hyperbaric medicine and has since become the country’s referral centre for diving-related injuries. To fulfil its role in education, the institute conducts several courses such as the International Diving Medical Officers Course, the Hyperbaric Chamber Management Course and the Basic Underwater Medicine Course. 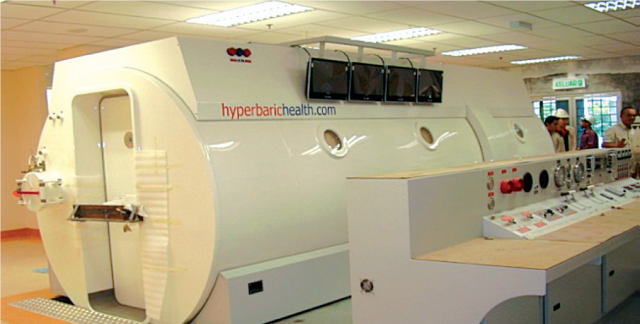 Institute of Aviation Medicine
This institute was established on 11 August 1976. It is equipped with a 10-men decompression chamber, and an ejection seat training module, as well as facilities for mobile cardiac monitoring, radiation and noise level monitoring, disorientation trainer and other sophisticated hardware. The most recent addition to the institute is the latest generation High-Performance Human Centrifuge (HPHC) which provides G-tolerance training to local and foreign fighter pilots. This institute also conducts training for the astronauts in the Malaysian Space Program (ANGKASAWAN) which was run in collaboration with the Russian Federal Space Agency (RUSCOSMOS). 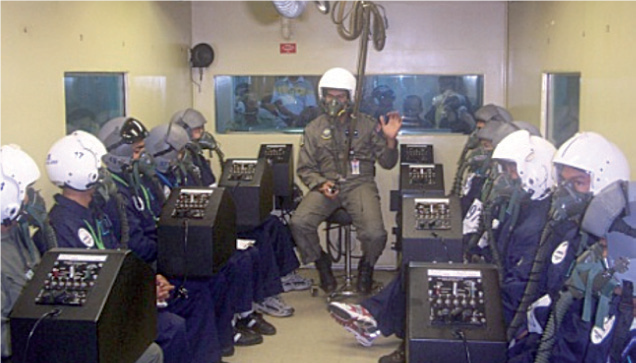 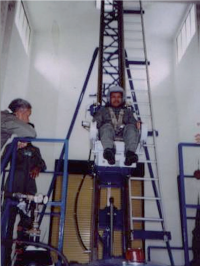 The provision of field medical support is undertaken by the Medical Battalion. It has in its inventory specialised modules on wheels which can be deployed within a very short time to areas of conflict. Anyone of its three companies can be deployed independently to set up a forward hospital in support of a brigade or be grouped together to establish a field hospital to support a division. The forward or field hospital has all the necessary specialists and ancillary back up services and facilities such as a laboratory, blood bank, radiology, induction and resuscitation rooms, operating theatre, as well as dental and preventive medicine services. 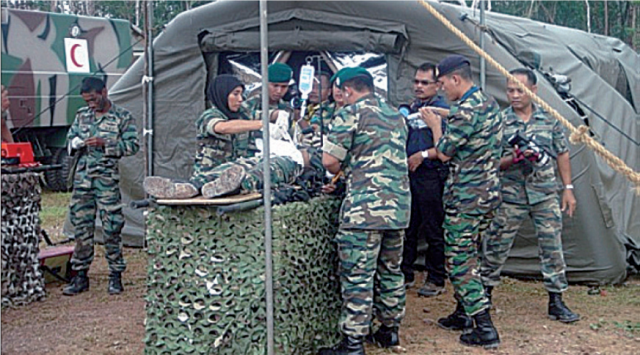 A casualty being triaged at the Forward Hospital

Missions
The first participation of the MAFHS in the United Nations Peace Keeping Operation was in October 1960 at Leopoldville, Congo. Over the next 4 decades, the MAF Medical and Dental team participated in several peacekeeping missions, namely Cambodia, Somalia, Bosnia Herzegovina, Timor Leste, Western Sahara and Lebanon.
The MAFHS provided humanitarian aids to the casualties of Tsunami in Aceh in December 2004 and the Battagram earthquake in 2006. 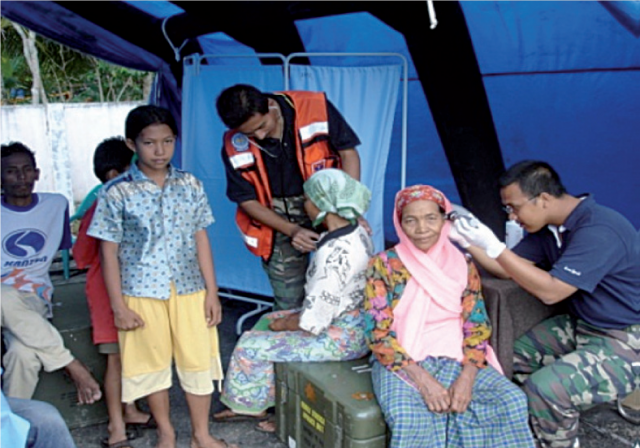 2006. Earthquake victims in Banda Aceh during the Tsunami 2004 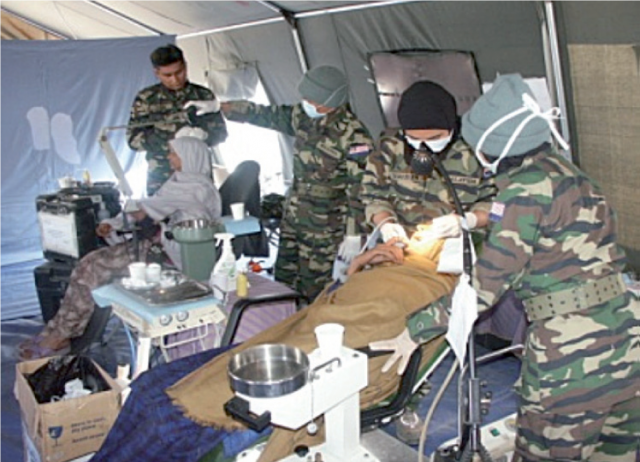 Dental team – hard at work in Battagram, Pakistan during the earthquake 2006

A Faculty of Medicine and Defence Health will soon be operating under the National Defence University of Malaysia. This faculty will offer a 5-year medical degree program, which incorporates subjects of military importance such as disaster medicine, battlefield medicine, aviation medicine and underwater medicine in its curriculum. In future, this faculty hopes to offer the Postgraduate Diploma in Military Medicine and Master of Defence Health.

The New Armed Forces Hospital in Kuala Lumpur will become the tertiary referral centre for the MAFHS as well as the Centre of Excellence for Disaster Medicine. This hospital has a bed capacity of 332 and is equipped with the latest technologically advanced medical equipment.