University Hospital of Trauma & Military Hospital (UHT&MH), is a continuation of the Central University Military Hospital (CUMH coming). By government decision from January 2013 UHT is depending from the Ministry of Health. Military medical personnel is dependent from the Ministry of Defense, but is included in the structure of trauma and is part of the mission. UHT&MHis a tertiary hospital, the second in the country, qualified the mission "trauma management at the national level". UHT&MH has specialty basis, Emergency, Surgery, Orthopedics, Neurosurgery, ENT, Ophthalmology and Maxillofacial, ICU, Reconstructive Surgery, Therapy and Rehabilitation services. Has a capacity of 192 beds, but in emergencies, disasters and catastrophes has capacity for 250 beds. Total personnel321 (81doctor, 200 nurse, technician pharmacist) 40 administration & logistics. In the history of the UHT&MH as the National Trauma Centre since 1993, has some culminating moments in emergencies and disasters such as the treatment of wounded in riots in 1997 in Albania, Kosovo war in 1998-1999,the car crash with students from Kosovo 2004 Fushe-Arez, treating injured by the explosion of munitions in Gërdec 2008 (Picture 3,4) and thebus crash with students in south, Himara 2009 (Picture 2,5).

UTHMH is located in a strategic positionbecause It is nearby crucifying the national road north-south, which makes possible the transportation of the wounded in a car accident on time.

Methods: Study material consists of all statistical cases presented in UHTMH us for a five-year period 2010-2014, which include emergencies, admissions, operations, automobile accidents analyzed in an analytical manner arranged in tables and graphics are subject to statistical analysis to find rate of change comparable indicators.

In the world today, trauma occupies a special place with the growing trend and due to high rate of death with impact on society and the economy. Every year in the world are estimated about 5-6 million people who die as a result of trauma. Trauma affected the productive part of society, young.Between0-45 ages, trauma is calculated second behind HIV / AIDS as a cause of death. Head trauma takes the first place in early and later mortality.

The road safety is among the most debated issues worldwide as road traffic deaths and injuries are considered a major public health and development issue. More than 1.2 million people are killed and up to 50 million are injured, every year, in road crashes. The World Health Organization's Global Status Report on Road Safety, 2013, recognizes road traffic injury eighth leading cause of death globally. Current trends suggest that road traffic injuries will become the fifth leading cause of death by 2030, unless urgent action is taken. Half of the world’s road traffic deaths occur among vulnerable road users, including motorcyclists (23%), pedestrians (22%) and cyclists (5%).In charts 1 and 2 Albania rates very poorly in both indicators, compared with other countries. Limited road safety constitutes a major problem for Albania, as the number of road crashes with either fatal casualties, serious or light injuries have increased significantly over years. 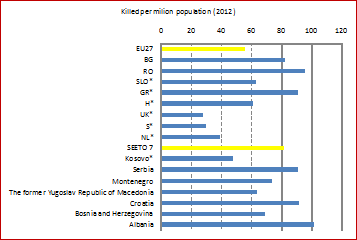 Tab.1 During the period 2010-2014 medical emergenciesoccupied a significant place where are counted 40,000 patients per year (averaged over 100 per day) and the main share of surgical emergencies 59-60%, the rest are therapeutic urgency. (Table 1).

According to the census in medical emergencies during the past three years, etiology of trauma in UTMH emergency are: 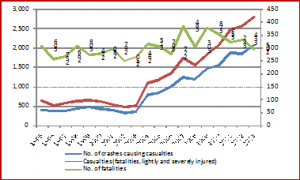 Chart 3: Number of crashes, casualties and fatalities, by year

Explosion in the demolition center in Gërdec on march 15, 2008 at 12:15 h, 10 km NW of Tirana, near the Tirana-Durrës national highway, in a distance of 3-4 km from National Airport (Foto)….in less than two hours UTHMH 176 wounded were presented with severe medium and heavy, which was managed professionally by medical personnel. Gerdec case shows that trauma hospital can face at any moment with the trauma of tragic proportions.

Chart 4: Number of road crash victims by type of injury and year

as well.While efforts are made in years to make the roads safe, data show that crash victims are huge concern for the Albanian public health.The chart 3 show the trend of all types of road crashes, number of casualties and fatalities. During the last five years (2009-2013) fatalities have remained within a band ranging between 300 and 390 per year, equivalent to a rate of between 10 and 12 fatalities per 100,000 persons. However, from 2009, the number of those seriously injured is increasing every year compared to fatalities (chart 4).

There are 5000 to 6000 patients per year in the UHTMH where the traumatic surgical admission predominates by 84% and therapeutic by 16 %. Surgical intervention are on 53 %. The Hospital conducted 600 operations per year and 28-30 thousand microsurgery.

This data is typical for an hospital of national emergency. The data are typical of traumatic surgical hospital.(Tab.2)

Based on the number of recovery and registered of deaths,total mortality in UTMH resulting 2.2%, while in ICUwhere other estimates average mortality in the years to survey results 18%. This shows that and cases that are treated in intensive care with serious cases of high mortality. (Tab.4)

The comparison of the data for the treatment of trauma as UTHMH tertiary hospitals of the University Hospital Center, resulting trauma to the gravity of the medium and heavy was treated at our hospital in 40% of cases and in the University Hospital Centre in Tirana is only 5.7-6% . About hospitals treat minor trauma. The data shows that it has UTHMH weight in the proper treatment of trauma (Tab.6)

Head of Service of Preventive Medicine and Health preparation, Department of Health,

Head of the Department of epidemiology; 2000– 2006 Ministry of Defense, GSAAF,