Due to the changing assignments for the German Armed Forces (Bundeswehr = Bw), it is necessary constantly to adjust the
material and equipment of soldiers to new demands. This includes improving the protection of soldiers against hearing damage
caused by the noise of weapons and explosions. In this study, a new type of impulse sound hearing protection for the Bw was
tested and its operational fitness was reviewed. 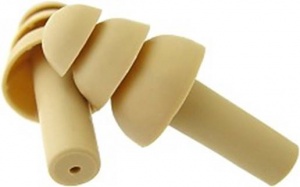 For the protection of soldiers on military missions, it is necessary to have hearing protection that not only offers effective protection against impulse sounds, but at the same time  permits detection of surrounding area noises and allows intelligible communication. The hearing protection plugs currently in use, Ear Classic II and Bilsom 303, which actually were developed for a constant wave load, do not fulfil these requirements because the acoustical perception of the environment is extensively limited due to the linear absorption of 28 and 33 dB respectively. Because of this lack of capacity, many soldiers on duty stop using the hearing protection completely in order to fend off mortal dangers; they thereby risk permanent hearing damage, possibly including deafness, in the face of unexpected noise from weapons or explosions.

Normal to moderately loud sound events such as speaking, the approach of persons or the sound of drums make it through this filter - which normally is “open” - and thus can be perceived without impairment,.

With increasing sound pressures, lieke from a shot or the detonation of a mine, this filter closes itself off as an instant reaction to the pressure wave originating from the sound event, and thus prevents damage to the sensory cells in the inner ear. Up to now, the impulse sound hearing protection has not been introduced in the Bw because no CE certification label can be given to this product, and therefore, according to German guidelines, no certified proof of effectiveness exists.

In the current study, commissioned by MOD FüSan as a special research project, the effectiveness of the impulse sound filters developed by the Institute de Recherches Saint Louis (ISL) was tested in shooting with handguns (pistol P8, rifle G 36, and machine gun MG 3). This was intended to answer the question as to whether the use of the impulse sound filter could reliably reduce the risk of inner ear damage from a traumatic blow. In addition, it was supposed to give evidence of improved surrounding area detection and communication as opposed to the previously used long-term wave hearing protection. 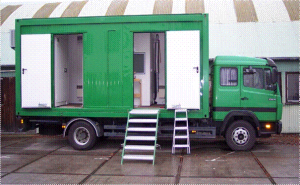 audiometry was performed to test the understanding of speech.

The audiometric tests were performed directly at the shooting range using the mobile audiometry measuring bus of the WTD 91, Meppen (Figure 2).

The current study thus gave proof that immediate detection of surround noises and effective communication of soldiers with each other are possible at the same time as protection against weapon and explosion noise. Based on the results of the study, the new hearing protection has already been certified for “out of country” missions like in Afghanistan. Further studies to determine the maximum allowable number of shots in practice are being carried out at the current time.