Disclaimers:
The opinions or assertions contained herein are the private views of the authors and are not to be construed as official or as reflecting the views of the French and/or German military medical service.

* These two authors contributed equally to the work 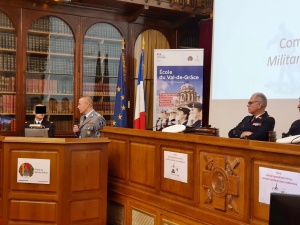 For the first time in Europe, the Paris Special Operations Forces - Combat Medical Care Conference, a satellite conference of the CMC-Conference in Ulm (Germany) took place on October 20-21, 2022, at the famous École du Val-de-Grâce in Paris (France), a historic and emblematic site for French military medicine (figure 1). The Paris SOF-CMC Conference was organized by the French SOF Medical Command and the CMC-Conference. Under the authority of COL Dr Pierre Mahé (French SOF medical command), the two scientific leaders of the conference (figure 2), COL Prof. Pierre Pasquier (France) and LTC Dr. Florent Josse (Germany), advanced a high scientific level around the medical support in the field of special operations. This international symposium was dedicated to military physicians and paramedics as also trauma and specialized surgeons, who are involved in the medical support of special operations. International medical experts provided updates on current scientific data. They also presented the points of view of their respective nations on the evolution of war medicine, during very high-level scientific sessions. The conference brought together nearly 300 participants (figure 3), speakers and industrial partners, from more than 30 countries (figure 4). This new Paris SOF-CMC Conference will be held every two years, alternately with the CMC-Conference in Ulm (Germany). 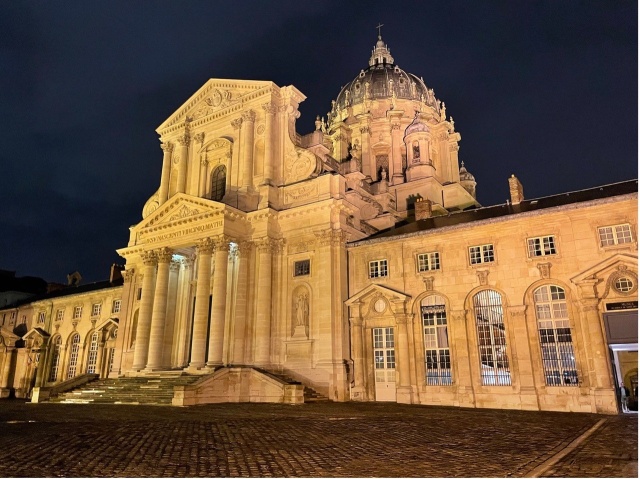 The military authorities from the French SOF medical command, the SOF command, the École du Val-de-Grâce and the scientific leaders of the conference welcomed all speakers and attendees, described the history of special operations’ medical support, as well as its challenges in the modern warfare and discussed its changes in the future conflicts.

The first session featured “Airway management” and “Analgesia & sedation”. Topics were as varied and interesting as: Intubation and positive pressure ventilation in patients with hemorrhagic shock5, Surgical management of airway in SOF setting6, Analgesia and Sedation for Tactical Combat Casualty Care: TCCC Proposed Change 21-027, War-wounded analgesia8, and the Use of intranasal ketamine for prehospital analgesia in SOF: case series9.

The session “Damage control resuscitation and surgery in SOF environment” focused on Deployment of the Surgical Life-saving Module in 2017: lessons learned in setting up and training operational surgical units10; then the Belgian ruck for surgery11 and finally, the French aeromedical special operations forces – damage control resuscitation and surgery team.

After that the Session “Think & Do” highlighted the importance of the Human factors in critical situations12; the Mental training for stressful situations13 and also D-STRESS use of virtual reality to detect post-traumatic stress disorder14.

The last session pointed at “SOF combat casualties” with: treating Ukraine’s wounded civilians, I saw horror and hope16; Killed in Action (KIA): How Golden are 60 minutes?17; SOF casualties during counter-terrorism operations; and Ukrainian Report from the Field: TCCC in the multidomain battlespace18.

The “Bleeding session” discussed: The future of blood transfusion in austere setting19, Use of REBOA in the SOF setting20 and the Evaluation of hemostatic capacities among commando candidates: Would their blood suit a hemorrhagic war-injured patient in case of blood donation on the battlefield?21; and Fresh Whole Blood transfusion in Police Special Operations Teams: a perspective to reduce combat deaths in tactical austere environment in Brazil.

In the session “Special environment”, we learned about Heat stroke24; Medical support in (very) cold conditions; and the Medical support of prolonged subaquatic operations.

The sessions “Threats & hazards” pointed out: Cumulative blast exposure estimate model for SOF operators25; Prehospital Burns26; and the CBNR chain of survival and its mnemonic device “I AM THOR”, a new cognitive tool to teach initial measures in undertaking a CBRN event on the battlefield27. 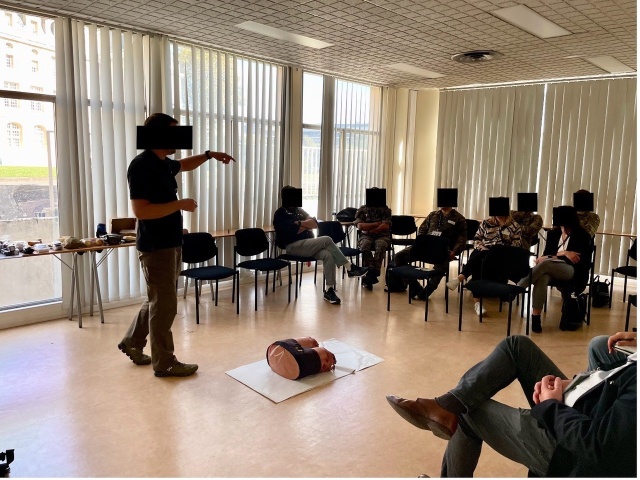 Beside these two sessions A and B, the attendees joined multiple Workshops proposed by the French SOF Medical Command and the Industry: 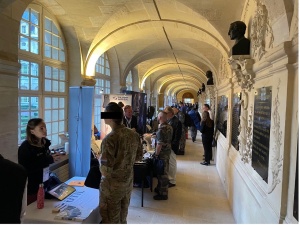 The 30 industry exhibitors of the demonstrated numerous different new and useful tools for medics, paramedics and physicians deployed in austere environments of special operations (figure 7).

Beyond the scientific interest, several major points were discussed in the light of recent warfare, with discussions enlightened by feedback from physicians and medics recently engaged in special operations. Thus, the participants and experts largely underlined the need to:

In all these areas, disruptive solutions in terms of doctrine, procedures and equipment are being developed and will feed future thinking. 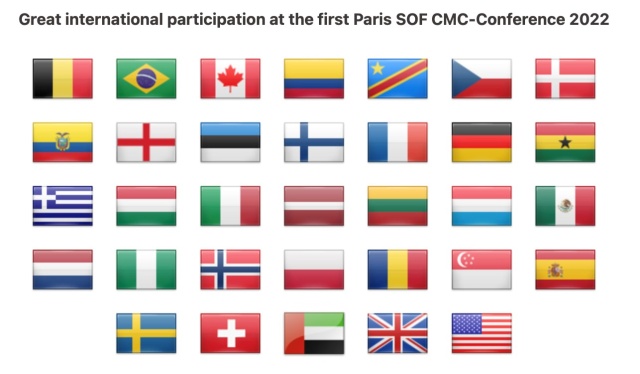 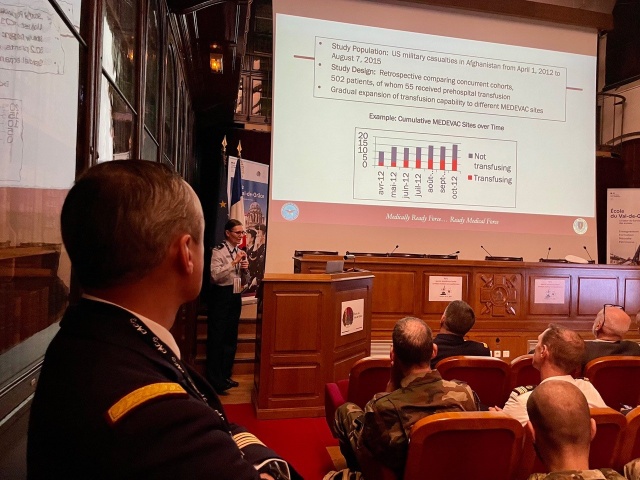 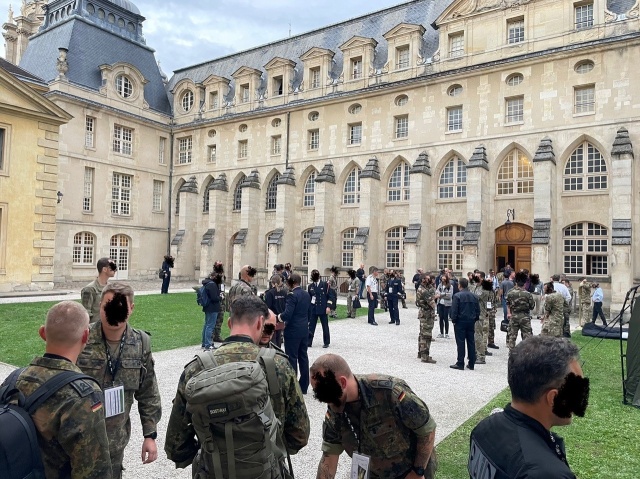 Figure 2: scientific leaders of the conference.

Figure 7: Exhibition in the square of the École du Val-de-Grâce.